The NeoGB Printer is an SD card-based standalone Game Boy Printer emulator. It is very easy to build with parts readily available on the market. It does require little to no soldering skill and is very easy to flash (no complicated dependancies). Using it is straigthforward and intuitive. Mounting the device with all parts on a table requires about an afternoon from opening the component bags to printing.

This project is very similar to a popular ready-to-use solution available on the market, but the NeoGB Printer is open-source, cheap and tested with success with all officially released games (110 in total) that support the original Gameboy Printer. The total cost for all the parts bougth new is below $15. All parts can be easily exchanged with other projects, reused or harvested from dead electronics as they are all very common.

You just need to upload the code using the Arduino IDE, connect the components like described here, plug your SD card and print any image directly from a Gameboy compatible game. Serial protocol is directly recorded under binary form on SD card. Once your printing session is finished, hold the button (see below) for a few seconds and all the recorded data will be quickly converted to BMP and/or PNG images, ready to use with social media.

First of all, rename the config.h.txt to just config.h to import the pinout settings. This file contains all the options that can be changed in the emulator (pinout, OLED and LEDs features for example). Customize it according to the board and modules you are using.

You need to install some Libraries from the Arduino Library Manager - Tools > Manage Libraries...

This code has been created for a "DOIT ESP32 DEVKIT V1" ESP32 based board. All my tests was executed using this chinese board. You can use any other board available in the market. Just make sure of few points:

Some boards already have a SD Card slot built in. We've never tested this kind of board, but IN THEORY it should work fine (as long as it has SPI pins available). If you choose to use this type of board, we however won't be able to provide any support in case of bug...But feel free to experiment.

Gameboy Original/Color Link Cable Pinout. If you don't want to sacrifice a Link Cable, you can use this Gameboy Link Cable Breakout PCB to connect the pins and keep your Link Cable safely ! You can buy this board here, from OSH Park. A bit of do-it-yourself is necessary at this step if you do not use a breakout board.

Different from Arduino that operates in 5V like the GameBoy, the ESP32 operate is in 3.3V on its pins by default. You will need a tiny bidirectionnal Level Shifter like this to handle the communication protocol and prevent any overvoltage/undervoltage from any side. Direct connection between Game Boy and ESP pins without level shifter may work but we do not recommend this for reliability reasons.

Connect the Game Boy serial pins to the ESP pins following this scheme:

If the connection does not work, uncomment the line #define INVERT_SERIAL_PINS in config.h !

You will need to add a little Push Button like this to convert all RAW data to BMP and/or PNG. To use it, just set the #define BTN_PUSH in config.h to any pin you want.

The function is simple:

LED to display the Status (optional)

You can add a simple RGB LED like this and/or a standard one. This LED will be very useful to display the printer status, like Idle, Converting, Receiving Data, etc.

To use it, you need to uncomment #define COMMON_ANODE or #define COMMON_CATHODE for RGB LED (based on your LED) or #define LED_STATUS_PIN to use the standard one. Edit the pins in the config.h based on your setup. If your RGB LED uses a Common Anode, connect it to the 3.3v Pin. If it's Common Cathode, connect it to the GND. For the other legs, you need to use at least a 220 Ohm Resistor on each RGB leg. Connect them following the example scheme below (always based on your config.h file)

If you are using a standard single color LED, connect it by following the example scheme below (always based on your config.h file). Using a single color LED in combination with OLED display is an interesting setup.

You can add a tiny oled display like this. To use it, you need to uncomment #define USE_OLED and the following lines. The display will show the current status of the printer.

Any 5 Volts source available will do the job as the device consumes less than 1 W: powerbank with USB cable, mobile phone with OTG cable, lithium battery with charger circuit, regular AA batteries with 5 volts regulator like the DD1205UA, etc. You should not power the ESP from the GameBoy, as this might damage the GameBoy itself. The +5 volts from Game Boy serial is not a reliable power source.

Based on existing projects: List of games tested and fully compatible with the NeoGB Printer:

Things that can be improved in the future (or not... but feel free to contribute)

FreePSXBoot Exploit allowing to load arbitrary code on the PSX (i.e. PlayStation 1) using only a memory card (no game needed). In other words, it's a 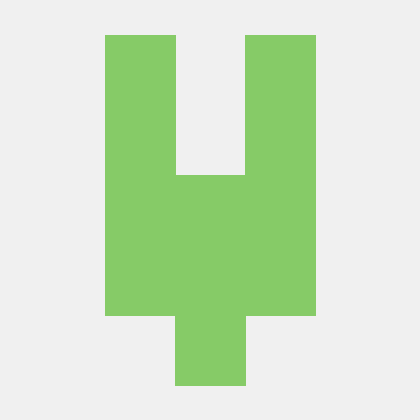 Online version of the greatest card game known to man

10Flips Online version of the greatest card game known to man Client The client is made using Emscripten. Installing # Get the emsdk repo git clone ht

Card game with Objective-C using Allegro 4/5 , This is an alternative of the real game for personal reasons .