Plugins and Scripting with C# for x64Dbg.

Create Plugins for X64Dbg with ease

DotX64Dbg aims to provide a seamless way to write and test plugins for X64Dbg using .Net 5.0 and C#.

DotX64Dbg does not load the plugins as binaries instead it will automatically compile your plugin code as soon something changes and reloads it, this also means all plugins will be shipped as pure code which means its a lot harder to hide malicious code in there.

There is currently no official release. You can grab the latest artifacts from the CI to try it out or build it yourself.

Creating new plugins is as easy as creating a new folder with two new files. By default the DotX64Dbg plugins are located in the root directory of X64Dbg called dotplugins this can be however configured via dotx64dbg.json.

Simply create a new folder in dotplugins called SamplePlugin, plugins are required to have a file called plugin.json which should look like following:

Without the plugin.json file plugins will not load. The last thing you need is some code that defines the plugin entry class, this is done by deriving from IPlugin, you can have only one class that derives from this interface. Create a file named SamplePlugin.cs, you can choose any filename you like. To bootstrap the plugin you need at least following minimal example:

After the two files are created DotX64Dbg will detect the changes and immediately starts compiling/(re-)loading the plugin. DotX64Dbg will also automatically generate a .csproj file with the correct assembly references being setup. If you want to debug your plugins simply attach Visual Studio to x64Dbg and place the breakpoints where you would like to stop, its as simple as that.

DotX64Dbg also provides a scripting interface, unlike plugins a script will be without state and only executes once. Scripts can use the same APIs as plugins. To execute scripts use following command:

You can find an example script here

Vcpkg is currently required with the integration setup. This is planned to change in the future.

After everything is setup you should be open Dotx64Dbg.sln and be able to build the entire solution.

The plan is to document all public API which also makes the documentation available to Intellisense. A good starting point is to check the plugin example, a lot of functions and classes already have minimal documentation, the best way to find out whats there is to explore the Assembly in Visual Studio with the Object Explorer. An open-source x64/x32 debugger for windows.

With xshellex you can paste any kind of c-shellcode strings in x64dbg, ollydbg & immunity debugger 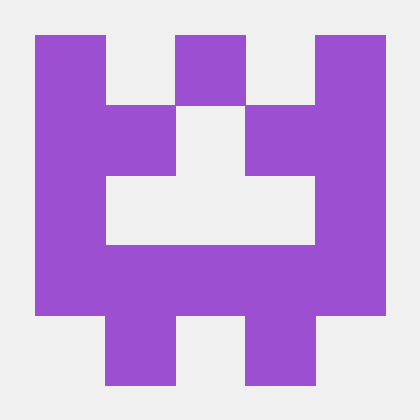 🍦IceCream-Cpp is a little (single header) library to help with the print debugging on C++11 and forward.

??IceCream-Cpp is a little (single header) library to help with the print debugging on C++11 and forward.

HyperDbg debugger is an open-source, hypervisor-assisted user-mode, and kernel-mode Windows debugger with a focus on using modern hardware technologies. It is a debugger designed for analyzing, fuzzing and reversing. ??

Hibizcus is a collection of tools - Font proofing and debugging tools

Hibizcus Font proofing and debugging tools. Written by: Muthu Nedumaran Hibizcus is a collection of tools written to proof and debug in-house develope