Read Me for Dependency Checker

The tool cpp-dependencies creates #include dependency information for C++ source code files, which it derives from scanning a full source tree.

The dependency information is output as .dot files, which can be visualized in, for example, GraphViz.

Licensed under the Apache License, Version 2.0 (the "License"); you may not use this file except in compliance with the License. You may obtain a copy of the License at

The tool depends on Boost.Filesystem being available and usable. Installing this should be done with your platform's package management system, such as Apt, Pacman or Brew.

If you want to use Boost::Filesystem instead of std::filesystem, if your platform does not have a std::filesystem implementation yet or if you prefer it, add -DWITH_BOOST to the invocation of CMake.

To build the tool, either execute

for GNU make or open the Visual Studio solution file generated in the build directory.

This creates the executable file cpp-dependencies.

To check if the tool was compiled correctly, execute:

Using cpp-dependencies to analyze a component

As a first thing on a code base is to find out whether it can read the code correctly. From the root of the project, run the command:

To investigate a specific component, you can use

for all information the tool has on the component, or:

to find out who links to and from your component.

In case you have a dependency that you were not expecting, or find out that when rebuilding component A that a supposedly-unrelated component B is built, you can use:

to determine why there is a link from component A to component B. It will find one of the shortest paths it can find from A to B if there is one.

The tool is also able to provide output in .dot format, which is a format used by GraphViz and other tools to contain graphs. It is a human-readable format and can be used by the dot tool to convert it into a graphical image. To create a graph file, use:

to create a mygraph.dot file containing the full component graph.

To make this text-format graph into a viewable graph, use for example:

to convert it into a PNG file.

The dot program will try to find a way to graphically display the graph output. Note that very large graphs, in particular if many cycles are present, can take hours to render.

In the source tree there's a folder example which contains an empty skeleton project, which does have some dependency information to be extracted from it. To start analyzing it, we first run the tool to extract statistics:

This informs us that there is something not quite right with the dependencies. It sees 6 components: the root folder, four libraries and an executable. The simplest way to find out what's wrong is to draw out the graph in a visual way:

Then open this PNG file in any tool that can view it, such as a web browser. This shows us the following image: The light blue links are an implementation-only link, the dark blue ones expose some part of this dependency on their interface. The orange ones are the most interesting ones; they are places where a component can reach itself through some other component. Let's find out why this is there:

At this point, it's up to the developer or architect to find out which of these two dependencies is the wrong way around and to find a way around that. In the example, the Engine component should not be talking directly to the UI component. Removing this dependency results in the following statistics:

The cycle has been removed, and there is one less dependency. We can find out what the shortest path is to the DataAccess component from the executable:

This tells us that there's no path shorter than three steps, and it informs us for each step of the way why it detects this link. In more complicated cycles, this can be a way to isolate the thinnest part of the cycle. In situations where there's an invalid dependency from one component to another - for example, from a unit test of one component to a very far away different component, this can help you identify where on the path from A to B a wrong link is present. It can also be used to explicitly verify that a link is not present, such as the one we just removed: We can regenerate the CMakeLists.txt files as well to remove the dependency from the build inputs, so that our build system will also know that the link is no longer present:

The tool itself is split up into a few separate files to make it easier to find and extend its functionality. The following files are found:

In general, the root functionality is kept in main.cpp, the structural classes are kept in Component.cpp and any auxiliary functions that are used to do this are split up by domain.

The tool was implemented with the goal of being able to quickly analyze dependencies between components of a complex project, including how the dependency graph changes when some changes are made to the source tree. To accomplish this, choices were made in the direction of more performance at the expense of strict correctness. Specifically:

This results in it running on a 1.5GB source code base in about 2.1 seconds -- fast enough for interactive checks and rerunning after any small modification.

The tool was set up to compile on a Ubuntu 12.04 system with the platform default compiler. This means that the sources will use C++11 but will not use anything not available in GCC 4.6. It has been tested and used on Linux (Ubuntu 12.04 - 16.04) and MacOS X (different versions).

It's good practice to set up a personal global .gitignore file on your machine which filters a number of files on your file systems that you do not wish to submit to the Git repository. You can set up your own global ~/.gitignore file by executing: git config --global core.excludesfile ~/.gitignore

The local .gitignore file in the Git repository itself to reflect those file only that are produced by executing regular compile, build or release commands.

If you encounter any problems with this library, don't hesitate to use the Issues session to file your issues. Normally, one of our developers should be able to comment on them and fix.

TomTom is the location technology provider enabling developers to build applications which are contributing to a safer, cleaner and less congested world.

Static analyzer for C/C++ based on the theory of Abstract Interpretation.

IKOS IKOS (Inference Kernel for Open Static Analyzers) is a static analyzer for C/C++ based on the theory of Abstract Interpretation. Introduction IKO 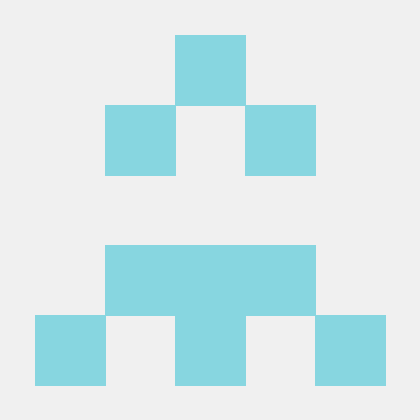