A wrapper library for the BSD sockets API.

This library trades the series of getaddrinfo, socket, connect, bind, listen, etc. functions and their convoluted, casted arguments for just one function that takes two structs (configuration and output). By creatively using C99's "designated initializers", the configuration struct works rather like a configuration key/value hash; the output struct contains either the socket file descriptor or error information.

The sheer generality of the BSD sockets API also makes it rather unwieldy. While the sockets API can be used for a lot of esoteric things, there's no reason common use cases such as opening a TCP socket to a given host and port should take dozens of lines of code.

socket99 is released under the ISC license.

This depends on C99 and a POSIX environment. You've got one of those lying around somewhere, right?

Look at the fields in struct socket99_config listen in socket99.h, call socket99_open with a pointer to a configuration struct using the C99 designated initializer syntax. Only a few of the fields will be used, such as:

for a non-blocking TCP server that listens to 127.0.0.1. This function will return a bool for whether the socket was successfully created, and the result struct argument will be modified to contain a status code and either a file descriptor (on success) or error information on failure:

The configuration and result structs are no longer needed after the result struct's file descriptor has been saved / errors are handled, so both structs can be stack-allocated.

To run the tests:

Note that the tests create a couple short-lived sockets on port 8080, and if that port is already in use, the tests will fail. To run the tests on a different port, set the PORT environment variable:

Capturing other common use cases for sockets would be good. 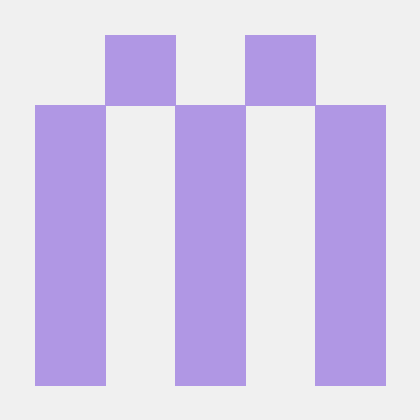 C-ServerClient Creating a server-client application with C socket. How to use? Clone the project and cd in to the main directory. Open a terminal and

CES - Coroutines Epoll and Sockets This is a demonstration project for a complex coroutine use case. Non-production code Please note, that because of

A special version of Packet Batch that utilizes AF_XDP Linux sockets (this should be faster than the standard version, but not as fast as the DPDK).

Gumbo - A pure-C HTML5 parser. Gumbo is an implementation of the HTML5 parsing algorithm implemented as a pure C99 library with no outside dependencie

Header-only, event based, tiny and easy to use libuv wrapper in modern C++ - now available as also shared/static library!

Do you have a question that doesn't require you to open an issue? Join the gitter channel. If you use uvw and you want to say thanks or support the pr

WNetWrap A tiny, dependency-free wrapper around WinINet for developers targeting Windows only, who need a lightweight native solution. Inspired by the

librg-cpp Description C++ wrapper for librg network library Warning: The wrapper is under heavy development and will have breaking changes still a fir

curlcpp An object-oriented C++ wrapper for cURL tool If you want to know a bit more about cURL and libcurl, you should go on the official website http