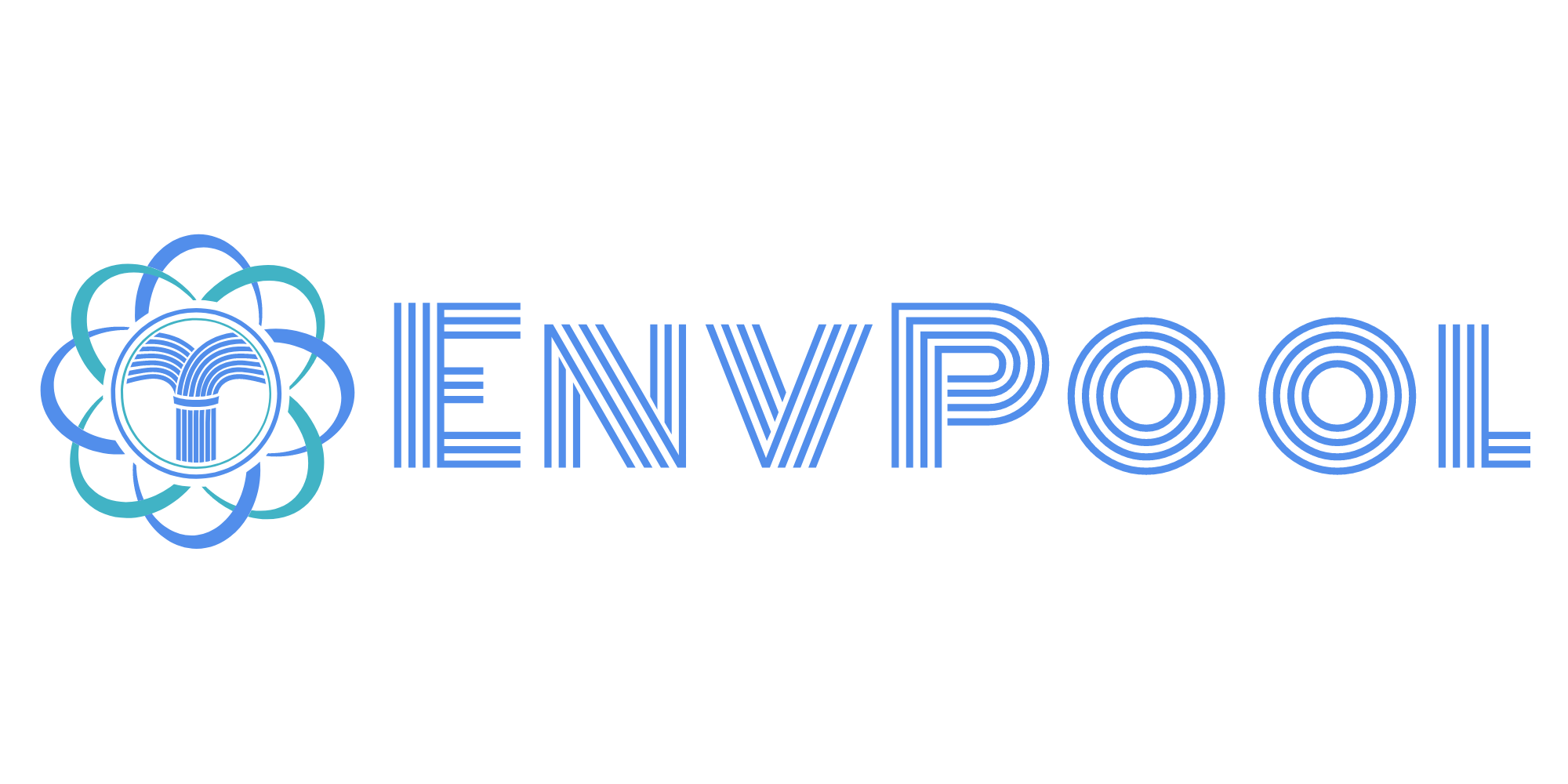 EnvPool is currently hosted on PyPI. It requires Python >= 3.7.

You can simply install EnvPool with the following command:

After installation, open a Python console and type

If no error occurs, you have successfully installed EnvPool.

Please refer to the guideline.

The tutorials and API documentation are hosted on envpool.readthedocs.io.

The example scripts are under examples/ folder.

We're in the progress of open-sourcing all available envs from our internal version, stay tuned.

We perform our benchmarks with ALE Atari environment (with environment wrappers) on different hardware setups, including a TPUv3-8 virtual machine (VM) of 96 CPU cores and 2 NUMA nodes, and an NVIDIA DGX-A100 of 256 CPU cores with 8 NUMA nodes. Baselines include 1) naive Python for-loop; 2) the most popular RL environment parallelization execution by Python subprocess, e.g., gym.vector_env; 3) to our knowledge, the fastest RL environment executor Sample Factory before EnvPool.

We report EnvPool performance with sync mode, async mode and NUMA + async mode, compared with the baselines on different number of workers (i.e., number of CPU cores). As we can see from the results, EnvPool achieves significant improvements over the baselines on all settings. On the high-end setup, EnvPool achieves 1 Million frames per second on 256 CPU cores, which is 13.3x of the gym.vector_env baseline. On a typical PC setup with 12 CPU cores, EnvPool's throughput is 2.8x of gym.vector_env.

Our benchmark script is in examples/benchmark.py. The detail configurations of 4 types of system are: 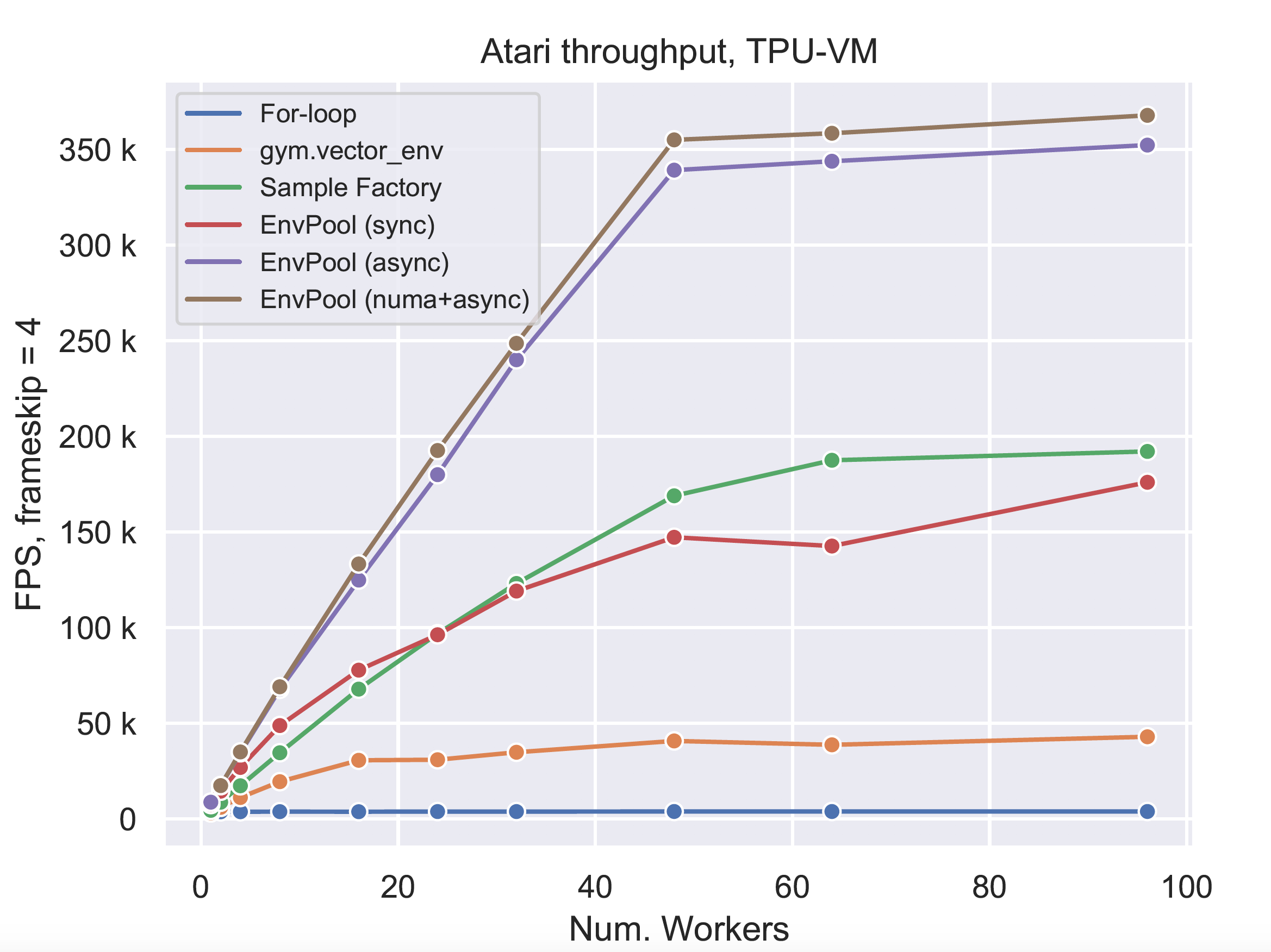 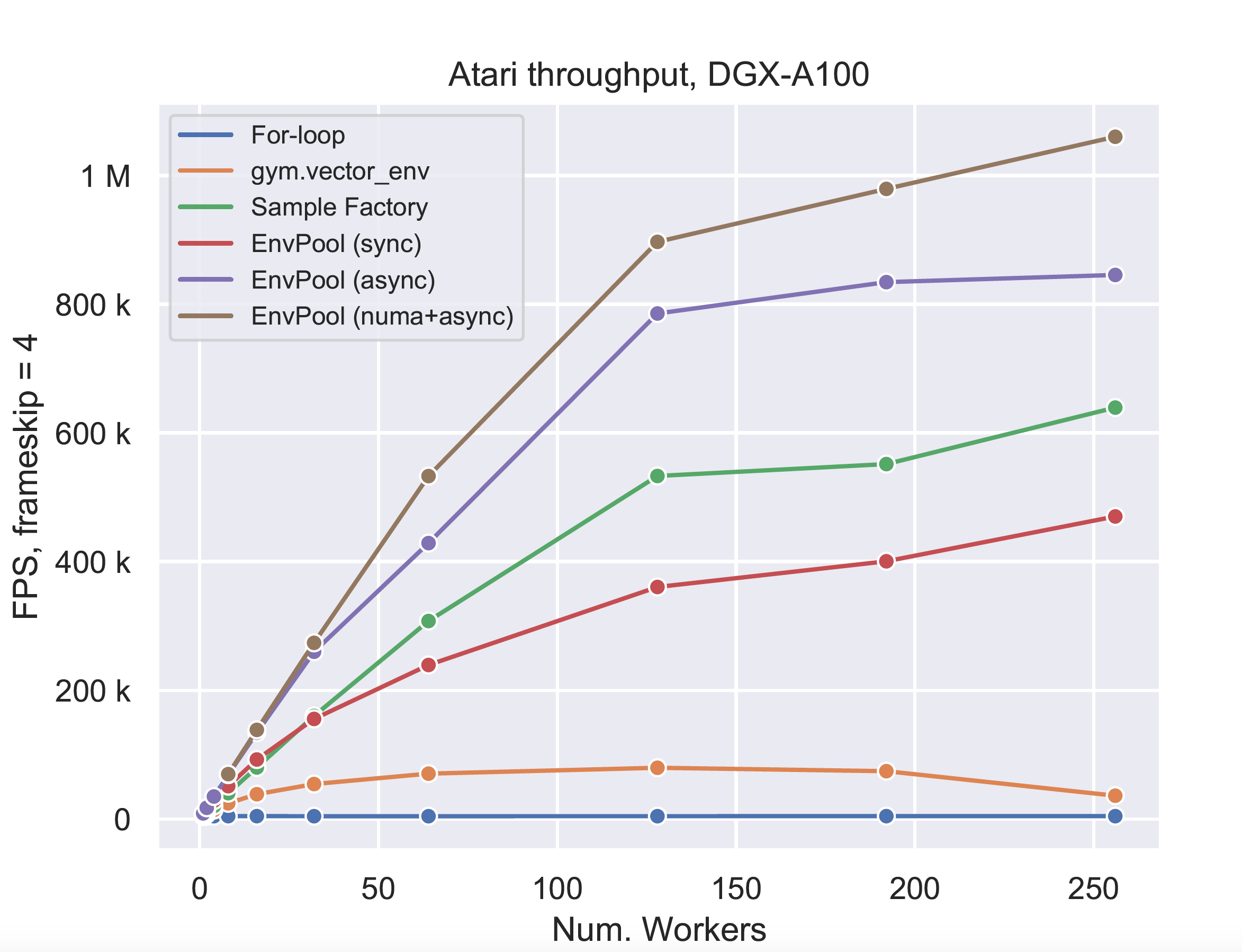 The following content shows both synchronous and asynchronous API usage of EnvPool. You can also run the full script at examples/env_step.py

Under the synchronous mode, envpool closely resembles openai-gym/dm-env. It has the reset and step function with the same meaning. There is one exception though, in envpool batch interaction is the default. Therefore, during creation of the envpool, there is a num_envs argument that denotes how many envs you like to run in parallel.

The first dimension of action passed to the step function should be equal to num_envs.

You don't need to manually reset one environment when any of done is true, instead, all envs in envpool has enabled auto-reset by default.

In the asynchronous mode, the step function is splitted into two part, namely the send/recv functions. send takes two arguments, a batch of action, and the corresponding env_id that each action should be sent to. Unlike step, send does not wait for the envs to execute and return the next state, it returns immediately after the actions are fed to the envs. (The reason why it is called async mode).

To get the "next states", we need to call the recv function. However, recv does not guarantee that you will get back the "next states" of the envs that you just called send on. Instead, whatever envs finishes execution first gets recved first.

Besides num_envs, there's one more argument batch_size. While num_envs defines how many envs in total is being managed by the envpool, batch_size defines the number of envs involved each time we interact with envpool. e.g. There're 64 envs executing in the envpool, send and recv each time interacts with a batch of 16 envs.

There are other configurable arguments with envpool.make, please check out envpool interface introduction.

EnvPool is still under development. More environments are going to be added and we always welcome contributions to help EnvPool better. If you would like to contribute, please check out our contribution guideline.

EnvPool is under Apache2 license.

Other third party source-code and data are under their corresponding licenses.

We do not include their source-code and data in this repo.

If you find EnvPool useful, please cite it in your publications.

This is not an official Sea Limited or Garena Online Private Limited product. 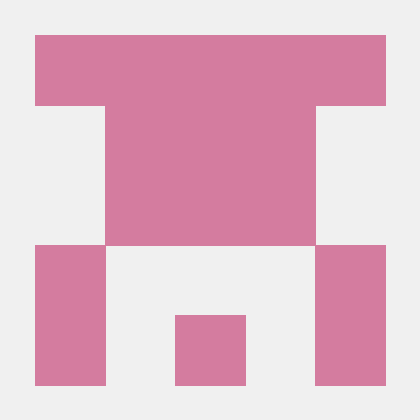 We present a modern C++17-compatible thread pool implementation, built from scratch with high-performance scientific computing in mind. The thread pool is implemented as a single lightweight and self-contained class, and does not have any dependencies other than the C++17 standard library, thus allowing a great degree of portability