We've taken these lucky bits of silicon to the component spa and treated them to the full works: a big chunk of flash memory, a vibrant 240x240 screen and a nice D-pad and buttons picked out by our most particular arcade enthusiasts. There's also a piezo speaker for discreet retro bleeps and chirps and a rechargeable LiPo battery so you can take your homebrew games on the bus.

We also provide a custom MicroPython image for PicoSystem which provides support for this API. Visit our MicroPython PicoSystem documentation for more details.

This is the source code and documentation for the PicoSystem C++ API. It is intentionally designed to be lightweight and get out of your way when you're developing games for PicoSystem.

The entire API is exposed as around 40 functions which provide access to the hardware and help with drawing, audio, and user input.

Once you're comfortable with building your project for PicoSystem you may find our PicoSystem C++ API Cheatsheet a useful reference to keep open.

Then to setup the PicoSystem API simply follow these steps:

Hold down the X action button and toggle the power. PicoSystem will boot into DFU mode and appear as a disk on your computer.

Simply drag a .uf2 file onto the PicoSystem disk and it will be uploaded and launch immediately.

If you're building your own out-of-tree project you'll need to include and import the pico_sdk_import.cmake file, as per regular Pico SDK setup instructions.

There are a few options you can set in your project to change the behaviour of PicoSystem.

These can be set by adding one of the following lines in your CMakeLists.txt:

In all cases NAME should be the name you supplied to picosystem_executable.

If you need them, the build options are also available as compiler flags:

Generally pixel art will look best in the pixel doubled mode (with the added bonus that you'll save a lot of RAM!). Projects that use vector art (think asteroids) will benefit from the native mode.

Both modes are 16 bits per pixel with 4 bits per channel (red, green, blue, alpha). This gives a total of 4,096 possible colours and 16 different levels of transparency.

We are a company of Makers and educators based in Sheffield, UK.

Examples to help you programming the MSP430FR2433 from Texas Instruments.

MSP430FR2433 examples Examples to help you programming the MSP430FR2433 from Texas Instruments. I wrote this code quite a few years ago when the code 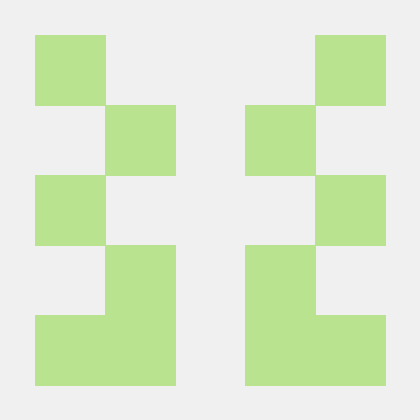 Cartographer is a system that provides real-time simultaneous localization and mapping (SLAM) in 2D and 3D across multiple platforms and sensor configurations.

A programmable and highly maneuverable robotic cat for STEM education and AI-enhanced services.

OpenCat is the open-source Arduino and Raspberry Pi-based robotic pet framework developed by Petoi, the maker of futuristic programmable robot