Cello is a library that brings higher level programming to C.

By acting as a modern, powerful runtime system Cello makes many things easy that were previously impractical or awkward in C such as:

And because Cello works seamlessly alongside standard C you get all the other benefits such as great performance, powerful tooling, and extensive libraries.

Articles about its creation and internal workings:

I made Cello as a fun experiment to see what C looks like hacked to its limits. As well as being a powerful library and toolkit, it should be interesting to those who want to explore what is possible in C.

I recommend reading A Fat Pointer Library to get an overview of how Cello works. You can also peek at the source code, which I'm told is fairly readable, or ask me any questions you like via e-mail.

It might be better to try Cello out on a hobby project first. Cello does aim to be production ready, but because it is a hack it has its fair share of oddities and pitfalls, and if you are working in a team, or to a deadline, there is much better tooling, support and community for languages such as C++.

People have experimented with it, but there is no high profile project I know of that uses it. Cello is too big and scary a dependency for new C projects if they want to be portable and easy to maintain.

Yes! That would be great. If you do anything with Cello I'd love to know, you can e-mail me at [email protected], or help with the development at the Cello github repo. Contributions are very welcome.

Tiled Map Editor - https://www.mapeditor.org/ About Tiled Tiled is a general purpose tile map editor for all tile-based games, such as RPGs, platforme

This is a beginner-friendly project aiming to build a problem-set on different data structures and algorithms in different programming languages.

DSAready Overview This is a beginner-friendly project that aims to create a problem-set for various Data Structures and Algorithms. Being a programmer

This repository aims to contain solutions and explanations to various competitive programming problems, which may be important for interviews and online tests of different companies.

LeetCode Solutions Collection of all the LeetCode problem solutions using different programming languages. To contribute, you can make a file for the

Competitive Programming Problem Set Please press ⭐ button if you like this repo ❤ . Your supports will encourage me a lot and help me put more my time

An open source initiative for implementing and testing algorithms in various programming languages.

Algorithms An open source initiative for implementing and testing algorithms in various programming languages. Contributing The idea here is to learn

FEMTIC is a 3-D magnetotelluric inversion code. FEMTIC is made by object-oriented programming with C++.

FEMTIC FEMTIC is a 3-D magnetotelluric inversion code based on the following studies. FEMTIC was made using object-oriented programming with C++. FEMT

KD_Trees Implementation of K-D tree in C++ programming language Demonstration Image What's in this repository anyway? This is a C++(PL) implementation 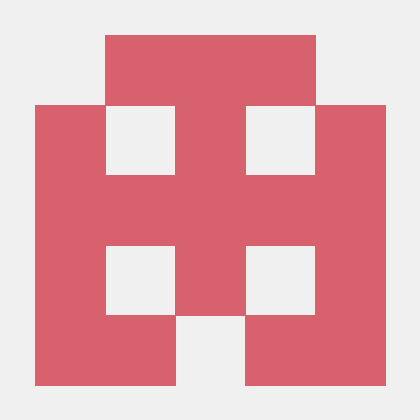 A tree-sitter grammar for the Gleam programming language

tree-sitter-gleam A tree-sitter grammar for the Gleam programming language This is, presently, very much a work-in-progress. DONE Parsing import state

This is my record of practicing programming skills on LeetCode since 2021.

My_LeetCode_Road This is my record of practicing programming skills on LeetCode since 2021. No. Chinese Title Englist Title Acceptance Difficulty 1 两数

Quera-Problem-Solution Problem solution of Quera's Problems with different programming language and approach. How to use Each folder is the category o

A collection of hash tables for parallel programming, including lock-free, wait-free tables.