Firmware and SDK for the ER-301

This project contains the source code for:

The purpose of this emulator is to make writing code for the ER-301 just a little bit easier and fun. Although you could, the emulator is not designed for making music. I can see also see the emulator being useful to someone who just wants to know more about the ER-301 before buying one.

The following instructions have been tested on Ubuntu 20.xx.

To compile and run the emulator you will need the following dependencies installed:

To compile, execute this in the top directory:

Replace 'linux' with 'darwin' when running on macOS.

Executing the emulator from the root of the project tree without arguments will start it up with default settings:

This will typically be enough to get started. If you want to dive in deeper execute with '-h' or --help' to get help on the commandline configuration options:

If you do not want to execute the emulator from top of the project tree then you will have to configure the path to the lua scripts file tree (XROOT) before starting the emulator.

If you run the emulator and it cannot find a valid configuration file then the program will create a default one in ~/.od/emu.config that is similar to this:

Edit this file with your own values to configure various items like key mappings, knob speed, and paths for lua scripts and file trees.

Packages encapsulate unit presets (.unit), unit definitions (.lua), and shared libraries (*.so) into one shareable bundle along with any necessary assets (e.g. sound files and so on). The core units are also distributed as a package, so let's use the core package as an example. First, to compile and create the core package, execute:

Next, let's go over the two main methods for installing packages.

This method mirrors exactly what an end-user would do to install a package. Copy the resulting package file to front/ER-301/packages. You will need to change the command below to match the correct version.

Finally, run the emulator again using the same command-line as before and install the core mod package from the Package Manager screen. Now you will have access to all of the core units in the emulator.

This method is used by the firmware installer and can be useful for development also. You simply copy the *.pkg file to the rear root:

Then the next time you boot up the emulator, it will move over packages found in rear to front/ER-301/packages. This makes the package show up in the Package Manager. Finally, depending on the following conditions the package may or may not be automatically installed:

The emulator can load and execute any mod that the real ER-301 can load and execute. No porting of source code is necessary (even those written using NEON instrinsics), just recompilation for the target host on which you will run the emulator. However, there are a few differences when it comes to the inputs and outputs.

Outputs are mixed down to stereo

Currently, the 4 output channels are mixed down to stereo for maximal compatibility with different setups.

There are no external input channels implemented yet. However, when it comes to the main purpose of this emulator, it hasn't been much of an obstacle since you can generate just about any testing signals that you need within the ER-301 emulation. In fact, when it comes to testing, it is usually much easier to deal with canned signals for their repeatibility and ease of setup.

The teletype mod will compile and install. You can even instantiate its units. However, there is no emulation of the I2C bus.

Creating your own mods

First, you will need to install the TI-RTOS development tools for the AM335x.

This documentation will assume that you used the default location.

Note: If you get a warning message from the installer about a "Problem running post-install step. Installation may not complete correctly.", you can ignore it.

A good test of your build environment is to see if you can successfully build the factory mods:

Work through the tutorials

The tutorial directory contains 3 example projects that progressively increase in complexity and sophistication. These projects also show how you can work completely outside of this source tree.

There is a USB port on the back of the ER-301. As of v0.6.00 of the firmware, the ER-301 can enumerate as a mass storage device (which provides access to the front SD card) or a virtual serial port device (the ER-301 will output console messages here when connected). The settings for USB are located in admin > General Settings. However, I would think of the USB functionality as more developer-targeted for because...

There is a gotcha with having the ER-301 plugged into a USB host. It will not boot because it will be waiting for the USB host to give it firmware via BOOTP/TFTP. This is baked into the AM335x ROM unfortunately. The solution is to have a BOOTP server always running on your host that either gives it the firmware or tells the ER-301 to give up and boot from the SD card.

All build outputs are placed in a sub folder composed of the build profile and the target architecture. There are 3 build profiles:

And here are the 3 supported target architectures:

So for example, if I execute the following make command:

Then the build outputs will appear in the debug/linux directory of the project root. Generally, the default profile is testing and the default architecture is determined by your OS (uname -s). See the top-level Makefile for more details.

A package is an archive of files along with meta data that allows it to be recognized and manipulated (i.e. installed, uninstalled, loaded, unloaded) by the package manager.

ESP-IDF template app This is a template application to be used with Espressif IoT Development Framework. Please check ESP-IDF docs for getting started

A modding SDK that allows you to interact with a modified version of Cocos 2DX v2.2.3 utilized by Geometry Dash

What is CappuccinoSDK CappucinoSDK is a modding utility that allows you to interact with a modified version of the game engine Cocos-2DX v2.2.3, which

A modding SDK for Hitman 3

Tuya MCU SDK Arduino Library is developed based on the Tuya Wi-Fi general integration solution. The device's MCU is connected to a Wi-Fi module through a serial port to implement a network connection. The development is based on general firmware, which supports the adaptative 9600 and115200 baud rate 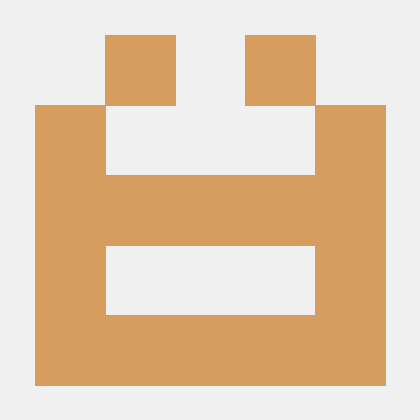 GCFFlasher is the tool to program the firmware of dresden elektronik's Zigbee products.

GCFFlasher 4 GCFFlasher is the tool to program the firmware of dresden elektronik's Zigbee products. Supported Hardware ConBee I ConBee II RaspBee I R