libnfc is a library which allows userspace application access to NFC devices.

The official web site is: http://www.nfc-tools.org/

The official forum site is: http://www.libnfc.org/community/

The official development site is: https://github.com/nfc-tools/libnfc

Some NFC drivers depend on third party software:

The regression test suite depends on the cutter framework: http://cutter.sf.net

See the file INSTALL for configure, build and install details.

Additionnally, you may need to grant permissions to your user to drive your device. Under GNU/Linux systems, if you use udev, you could use the provided udev rules. e.g. under Debian, Ubuntu, etc.

Under FreeBSD, if you use devd, there is also a rules file: contrib/devd/pn53x.conf.

In order to change the default behavior of the library, the libnfc uses a configuration file located in sysconfdir (as provided to ./configure).

A sample commented file is available in sources: libnfc.conf.sample

If you have compiled using:

you can make configuration directory and copy the sample file:

To configure multiple devices, you can either modify libnfc.conf or create a file per device in a nfc/devices.d directory:

How to report bugs

To report a bug, visit https://github.com/nfc-tools/libnfc/issues and fill out a bug report form.

If you have questions, remarks, we encourage you to post this in the developers community: http://www.libnfc.org/community

Please make sure to include:

Patches can be posted to https://github.com/nfc-tools/libnfc/issues

If the patch fixes a bug, it is usually a good idea to include all the information described in "How to Report Bugs".

It should be as simple as running these two commands:

Note: if you're using directly the development repository and not the release sources, you will have to execute firstly autoreconf -vis.

If your Touchatag or ACR122 device fails being detected by libnfc, make sure that PCSC-lite daemon (pcscd) is installed and is running.

Using an ACR122 device with libnfc and without tag (e.g. to use NFCIP modes or card emulation) needs yet another PCSC-lite tweak: You need to allow usage of CCID Exchange command. To do this, edit libccid_Info.plist configuration file (usually /etc/libccid_Info.plist) and locate <key>ifdDriverOptions</key>, turn <string>0x0000</string> value into 0x0001 to allow CCID exchange or 0x0005 to allow CCID exchange and bogus devices (cf previous remark) and restart pcscd daemon.

Warning: if you use ACS CCID drivers (acsccid), configuration file is located in something like: /usr/lib/pcsc/drivers/ifd-acsccid.bundle/Contents/Info.plist

Since Linux kernel version 3.1, a few kernel-modules must not be loaded in order to use libnfc : "nfc", "pn533" and "pn533_usb". To prevent kernel from loading automatically these modules, you can blacklist them in a modprobe conf file. This file is provided within libnfc archive:

Libnfc can work with PCSC proprietary driver of bR500 and R502, which is already available on most Linux setups. To activate the PCSC support: ./configure --with-drivers=pcsc. Readers known to work:

These readers are support by CCID since v1.4.25, make sure your CCID driver version higher or equal to 1.4.25.

On MacOS, you can check your CCID version with the following command, and if required, you can install latest CCID driver from https://github.com/martinpaljak/osx-ccid-installer/releases

On Linux, you can check your CCID version with the following command, and if required, you can install latest CCID driver from https://ccid.apdu.fr/ 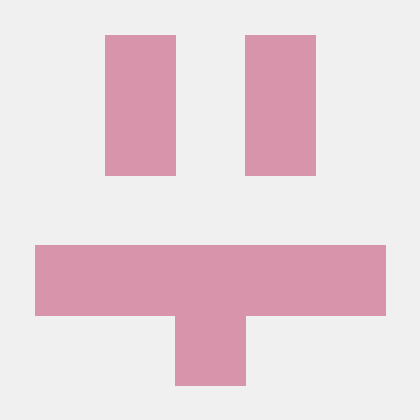 PRK is a keyboard firmware platform in PicoRuby

PRK is a keyboard firmware written and configured in PicoRuby which is an alternative mruby implementation targeting on one-chip microcontroller.

Hoedown Hoedown is a revived fork of Sundown, the Markdown parser based on the original code of the Upskirt library by Natacha Porté. Features Fully s

libvldmail Your friendly e-mail address validation library. Why? Did you know that parentheses, spaces and - according to the RFC 6531 document - emoj

A protocol buffers library for C

What is this thing? progressbar is a C-class (it's a convention, dammit) for displaying attractive progress bars on the command line. It's heavily inf