Vcpkg helps you manage C and C++ libraries on Windows, Linux and MacOS. This tool and ecosystem are constantly evolving, and we always appreciate contributions!

If you've never used vcpkg before, or if you're trying to figure out how to use vcpkg, check out our Getting Started section for how to start using vcpkg.

For short description of available commands, once you've installed vcpkg, you can run vcpkg help, or vcpkg help [command] for command-specific help.

First, follow the quick start guide for either Windows, or macOS and Linux, depending on what you're using.

For more information, see Installing and Using Packages. If a library you need is not present in the vcpkg catalog, you can open an issue on the GitHub repo where the vcpkg team and community can see it, and potentially add the port to vcpkg.

After you've gotten vcpkg installed and working, you may wish to add tab completion to your shell.

Finally, if you're interested in the future of vcpkg, check out the manifest guide! This is an experimental feature and will likely have bugs, so try it out and open all the issues!

First, download and bootstrap vcpkg itself; it can be installed anywhere, but generally we recommend using vcpkg as a submodule for CMake projects, and installing it globally for Visual Studio projects. We recommend somewhere like C:\src\vcpkg or C:\dev\vcpkg, since otherwise you may run into path issues for some port build systems.

To install the libraries for your project, run:

You can also search for the libraries you need with the search subcommand:

In order to use vcpkg with Visual Studio, run the following command (may require administrator elevation):

After this, you can now create a New non-CMake Project (or open an existing one). All installed libraries are immediately ready to be #include'd and used in your project without additional configuration.

If you're using CMake with Visual Studio, continue here.

In order to use vcpkg with CMake outside of an IDE, you can use the toolchain file:

With CMake, you will still need to find_package and the like to use the libraries. Check out the CMake section for more information, including on using CMake with an IDE.

For any other tools, including Visual Studio Code, check out the integration guide.

First, download and bootstrap vcpkg itself; it can be installed anywhere, but generally we recommend using vcpkg as a submodule for CMake projects.

To install the libraries for your project, run:

You can also search for the libraries you need with the search subcommand:

In order to use vcpkg with CMake, you can use the toolchain file:

With CMake, you will still need to find_package and the like to use the libraries. Check out the CMake section for more information on how best to use vcpkg with CMake, and CMake Tools for VSCode.

For any other tools, check out the integration guide.

Across the different distros of Linux, there are different packages you'll need to install:

For any other distributions, make sure you're installing g++ 6 or above. If you want to add instructions for your specific distro, please open a PR!

On macOS 10.15, the only thing you should need to do is run the following in your terminal:

Then follow along with the prompts in the windows that comes up.

On macOS 10.14 and previous, you'll also need to install g++ from homebrew; follow the instructions in the following section.

Installing GCC for macOS before 10.15

This will only be necessary if you're using a macOS version from before 10.15. Installing homebrew should be very easy; check out <brew.sh> for more information, but at its simplest, run the following command:

Then, in order to grab an up-to-date version of gcc, run the following:

If you're using vcpkg with CMake, the following may help!

Adding the following to your workspace settings.json will make CMake Tools automatically use vcpkg for libraries:

Unfortunately, you'll have to add this to each profile.

Vcpkg as a Submodule

When using vcpkg as a submodule of your project, you can add the following to your CMakeLists.txt before the first project() call, instead of passing CMAKE_TOOLCHAIN_FILE to the cmake invocation.

This will still allow people to not use vcpkg, by passing the CMAKE_TOOLCHAIN_FILE directly, but it will make the configure-build step slightly easier.

vcpkg supports auto-completion of commands, package names, and options in both powershell and bash. To enable tab-completion in the shell of your choice, run:

depending on the shell you use, then restart your console.

Our docs are now also available online at ReadTheDocs: https://vcpkg.readthedocs.io/!

Vcpkg is an open source project, and is thus built with your contributions. Here are some ways you can contribute:

Please refer to our Contributing Guide for more details.

This project has adopted the Microsoft Open Source Code of Conduct. For more information see the Code of Conduct FAQ or email [email protected] with any additional questions or comments.

The code in this repository is licensed under the MIT License.

vcpkg collects usage data in order to help us improve your experience. The data collected by Microsoft is anonymous. You can opt-out of telemetry by re-running the bootstrap-vcpkg script with -disableMetrics, passing --disable-metrics to vcpkg on the command line, or by setting the VCPKG_DISABLE_METRICS environment variable.

CPM Note CPM is not being actively maintained. I plan on keeping the website active but don't plan on making further modifications to the codebase. If

Installation example for a C++ project (Windows) with Cmake.

CMakeInstallExample Installation example for a C++ project (Windows) with Cmake. Contents This project demonstrates how to use cmake with cpack to gen

Modern CMake Sample Sample project that shows proper modern CMake usage on a dummy library and an executable that uses it. Accompanying code to my blo 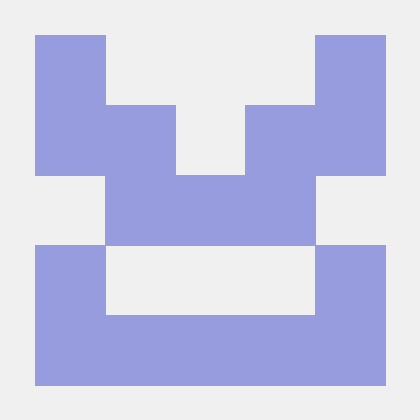 Utility and common library for all polysquare cmake tools.

nabs is a single-header library for writing build recipes in C++. It is directly inspired by nobuild, but with more feature (bloat) and built-in support for makefile-like dependency resolution.

libromfs libromfs is an easy way to bundle resources directly into any C++ application and access them through a simple interface. The main advantage

?? How to export C++ library This repository provides an OS-agnostic C++ library template with plain CMake files with the following features: distribu

Yet another post-build step and class to bring reflection to C++ enumerations.

enum_values Yet another post-build step and class to bring reflection to C++ enumerations! Fair warning: this project has not undergone much testing ( 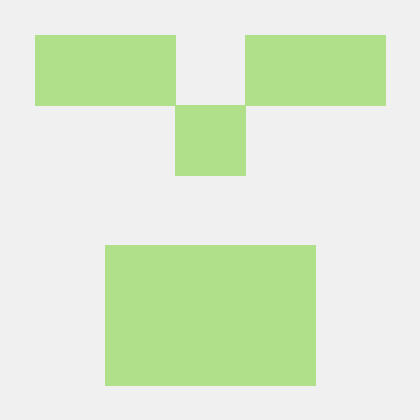