Fast UI Draw is a library that provides a higher performance Canvas interface.

Fast UI Draw is a library that provides a higher performance Canvas interface. It is designed so that it always draws using a GPU.

In addition, Fast UI Draw gives an application the ability to make their own shaders for custom drawing.

The documentation is available online here.

The GLES backend requires GLES version 3.0. If the GLES version is 3.0 or 3.1, it is strongly recommended that one of the extension GL_OES_texture_buffer or GL_EXT_texture_buffer is present. For GLES 3.0, 3.1 and 3.2, it is strongly recommended for performance to have GL_APPLE_clip_distance or GL_EXT_clip_cull_distance. To support the blend modes beyond those of Porter-Duff blend modes either GL_EXT_shader_framebuffer_fetch or GLES 3.1 with GL_NV_fragment_shader_interlock is required. The Porter-Duff composition modes do not require any extensions though, but the extension GL_EXT_blend_func_extended will improve performance.

"make targets" to see all build targets and the list of environmental variables that control what is built and how. On MS-Windows, the helper library NEGL is NOT built by default and on other platforms it is.

The demos (naturally) link against the FastUIDraw libraries, thus they need to be in the library path. For Unix platforms, this is done by appending the path where the libraries are located to LD_LIBRARY_PATH. A simple quick hack is to do export LD_LIBRARY_PATH=.:$LD_LIBRARY_PATH. All demos have options which can be see by passing --help as the one and only command line option to the demo.

Doing "make INSTALL_LOCATION=/path/to/install/to install" will install fastuidraw to the named path. Demos are NOT installed! The default value of INSTALL_LOCATION is /usr/local, change as one sees fit. Placement is as follows:

After installation, the script, fastuidraw-config, is available and copied to INSTALL_LOCATION/bin. Use the script to get linker and compile flags for building an application. Alternatively, one can also use pkg-config.

win-vind provides a lightweight hybrid UI system of CUI and GUI for Windows. And everything is inspired by Vim and its plugins. Simply put, it is a Vim-oriented toy box consisting of various useful features. 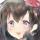 ROS_Melodic_Qt_GUI_Template is a Graphical User Interface programmed with Qt framework.

This is a GUI template for ros to control your robot and read data from sensors. 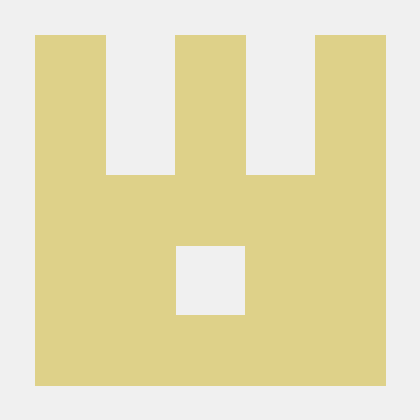 AnUI is a powerful Graphical User Interface framework made for people that actually care about design!

What's AuUI ** Project is not finished ** AuUI, an abbreviation for "Actual Understandable User Interface" is a graphical user interface framework to

A simple/fast stacking box layout library. It's useful for calculating layouts for things like 2D user interfaces. It compiles as C99 or C++. It's tested with gcc (mingw64), VS2015, and clang/LLVM. You only need one file to use it in your own project: layout.h.

What is XClicker? XClicker is an open-source, easy to use, feature-rich, blazing fast Autoclicker for linux desktops using x11. Main features Fairly s

WMBar is a window manager agnostic status bar that aims to be lightweight, simple, extensible/modular and fast.

WMBar is a window manager agnostic status bar that aims to be lightweight, simple, extensible/modular and fast.

MyGUI is a cross-platform library for creating graphical user interfaces (GUIs) for games and 3D applications. Website: http://mygui.info/ There you c