A simple parser for the PBRT file format

The goal of this project is to provide a free (apache-lincensed) open source tool to easily (and quickly) load PBRT files (such as PBRT's own "pbrt-v3-scenes" test scenes, or Disney's Moana island model). Contributors (in "order of appearance")

Disclaimer(s): I did do a significant amonut of testing to make sure that the parser can load all .pbrt files without complaining, and that the above classes will parse everything that's in those files .... BUT:

A Brief History of this Project

This project started out as being mostly a toy project for my own use, originally with the sole goal of being able to load PBRT's heavily instanced models (ecosys, landcape, and sanmiguel) for some ray tracing/instancing research.

Since then, it's come a long way, and has pretty much become my method of choice for getting content into my various ray tracing projects: First, with more powerful hardware around it's now more practical to have good material data around for one's ray tracing research, and other than PBRT's models there's previous few freely available models with anything other than OBJ Wavefront's material model. Second, last year Disney released the Moana island in two file formats, one of which is PBRT - and since my original "toy project" already did most of what was required to load Moana I ended up spending some more time on this, and bringing it to a state where I can use it for pretty much any PBRT model (including Moana, of course).

For those that have looked at this library in its early stages: it has changed a lot! In its original form, it was a purely syntactical parser that did parse the transforms and object hierarchy, as well as external ply files for triangle meshes, but wouldn't go much beyond that. Anytying else - materials, textures, lights, and even most Shape-related stuff - wasn't parsed beyond pure "name:value" pairs that you'd then have to parse interpret yourself to figure out, for example, what exact kind of material it was, what it's name-value pairs meant in actual material parameters, etc.

Since then, after having had to realize myself that that wasn't enough I eventually went ahead and significantly extended this library to have both a purely syntactical and a more advanced semantical parser that would also parse materials, textures, shapes, etc (see below), and eventually also added a binary file format to deal with, in particular, the egregious load times for the 40+GB Moana model (in binary format this now takes only seconds rather than half an hour...).

At its current stage, the library should be able to parse pretty much anything I could find in pbrt file format. If you find something it doesn't parse at all, let me know. That said, since I don't have a fully PBRT compliant renderer yet there will, by necessity, be several things that I haven't tested at all. If you do find something that's obviously broken, let me know (and I'll gladly take pull requests, too!).

When looking at parsers, they typically consist of two intermingled stages: pure syntax (e.g., regnozizing the word "Shape" as the beginning of a shape definition) to full semantic (e.g., what a shape actually is, and how it behaves). For many formats, the boundary between those two extremes is "a bit" wishy-washy, with much of the semantics requiring way more effort to understand than the pure syntax. Arguably the most extreme format on that spectrum is XML, where the syntax itself only defines "nodes", "attributes", and "content", with all semantical meaning of what specific nodes or attributes actually mean left for the app to figure out.

PBRT specifies some more semantics in the format (e.g., the file format itself specifies that a Shape is different from a Material), but still leaves a lot to be figured out afterwards. For example, in terms of pure syntax a triangle mesh and a sphere are both "shapes" that just differ in what parameters got attached to that shape. That makes the format easy to extend (you could add a new geometry type of material type to PBRT without changing the file format at all!), but leaves more work for the app to figure our what certain name:value pairs actually meant.

Initially, this project only focussed on the syntax, and left all interpretation of name:value pairs to the application. This however can be rather tricky, and after I wrote that "name:value interpretation code" multiple times in multiple project I eventually decided to put that into this library as well, resulting in both a purely syntactical, as well as a more ready-to-use semantical parser.

To explain the difference: In the syntactical parser, for a given triangle mesh you'd end with a C++ class of type "Shape" that would have a parameter "name" with type "string", a size of 1, and a value of [ "trianglemesh" ], as well as a pamameter "P" with type "float", a size of 3*N, and a value of [ x0 y0 z0 x1 .... zN ] .... but it'd have to be the application that has to figure out that this is a triangle mesh with a vertex array. In the semantical parser (which of course builds on top of the syntactical parser as an intermediary parsing step) you will instead end up with a class "TriangleMesh" that has a C++ class member of "std::vector position", etc. Similarly for materials: The syntactical parser only tells you that there is a material with a string specifying, for example, the type "disney", and a list of parameters; while the semantical parser would parse this down to a C++ "DisneyMaterial" class, with C++ members for the material parameters, etc.

This project comes with Apache 2.0 license - pretty much "use as you see fit".

For examples usages, see the simply tools (e.g., pbrtInfo or pbfInfo) in the apps directory.

Suggested use is with CMake, in which form you can use it in either one of two ways:

Build the project with cmake, and "make install" to a install directory. Once installed (say, to /usr/local)

Of course, this way you can use whatever build system you want to use.

If you don't like the "make install" option, you can also include the full source three, either as a complete copy of this project (ugh), or (preferred!) as a git submodule.

Optional: Use your own vector library

One of the most common issues with using other peoples' C++ libraries in graphics is that - of course! - everybody wants to use their own favorite libraries for math and vector operations.

This project internally uses a somewhat older copy of the "ospcommon" library that comes with the ospray project; however, to avoid some of the otherwise common naming clashes all of this is hidden within the actual parser and lexer implementation, and the publicly visible interface in semantic/Scene.h uses simple, plain-C structs that only specify the data layout of the vec3f, vec4i, etc classes.

As such, if you want to use your own vector classes, there are two ways of doing this:

A Windows Shell Extension for the Pixar USD file format.

PelfParser PelfParser is a very simple C++ library for parsing Windows portable executable files and Executable and Linkable Format files, it only sup 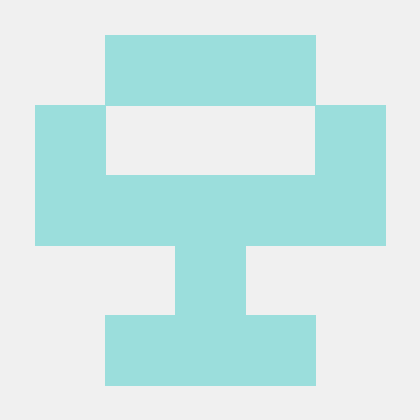 A parser for InnoDB file formats

Introduction Inno_space is a parser for InnoDB file formats. It parse the .ibd file to human readable format. The origin idea come from Jeremy Cole's

JSONes Just another small json parser and writer. It has no reflection or fancy specs. It is tested with examples at json.org Only standart library. N

tinyargs Another commandline argument parser for C / C++. This one is tiny, source only, and builds cleanly with -Wall -pedantic under C99 and C++11 o

A math parser made in 1 hour using copilot.

An entire math parser made with Copilot Copilot wrote 91% of the code in this, amazing isn't it? It supports all normal mathematical expressions excep

FastFEC A C program to stream and parse FEC filings, writing output to CSV. This project is in early stages but works on a wide variety of filings and

SimPle SHell - minimalist Unix interactive shell written in a single C file. The shell does not support scripting yet and is in an early stage of development. If you notice any bug, please open an issue on github. 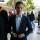