A collection of tools, libraries and tests for shader compilation. At the moment it includes:

Note: The fact that that libshaderc is not named libshaderc_glslc is a quirk of history, and a known inconsistency. Changing it would require a significant amount of renaming and breaking of downstream projects, so it is being left as is.

glslc wraps around core functionality in glslang and SPIRV-Tools. glslc and its library aims to to provide:

Note: These binaries are just the artifacts of the builders and have not undergone any QA, thus they should be considered unsupported.

Shaderc has maintained backward compatibility for quite some time, and we don't anticipate any breaking changes. Ongoing enhancements are described in the CHANGES file.

Shaderc has been shipping in the Android NDK since version r12b. (The NDK build uses sources from https://android.googlesource.com/platform/external/shaderc/. Those repos are downstream from GitHub.) We currently require r18b.

For licensing terms, please see the LICENSE file. If interested in contributing to this project, please see CONTRIBUTING.md.

This is not an official Google product (experimental or otherwise), it is just code that happens to be owned by Google. That may change if Shaderc gains contributions from others. See the CONTRIBUTING.md file for more information. See also the AUTHORS and CONTRIBUTORS files.

Shaderc depends on glslang, the Khronos reference compiler for GLSL.

In the following sections, $SOURCE_DIR is the directory you intend to clone Shaderc into.

If you only want prebuilt executables or libraries, see the Downloads section.

The rest of this section describes how to build Shaderc from sources.

Note: Shaderc assumes Glslang supports HLSL compilation. The instructions below assume you're building Glslang from sources, and in a subtree of shaderc/third_party. In that scenario, Glslang's HLSL support is automatically enabled. Shaderc also can be built using a Glslang from outside the shaderc/third_party tree. In that case you must ensure that that external Glslang is built with HLSL functionality. See Glslang's ENABLE_HLSL CMake setting.)

Note: The known-good branch of the repository contains a known_good.json file describing a set of repo URLs and specific commits that have been tested together. This information is updated periodically, and typically matches the latest update of these sources in the development branch of the Android NDK. The known-good branch also contains a update_shaderc.py script that will read the JSON file and checkout those specific commits for you.

4a) Build (and test) with Ninja on Linux or Windows:

4b) Or build (and test) with MSVC on Windows:

4c) Or build with MinGW on Linux for Windows: (Skip building threaded unit tests due to Googletest bug 606)

The default behavior on MSVC is to link with the static CRT. If you would like to change this behavior -DSHADERC_ENABLE_SHARED_CRT may be passed on the cmake configure line.

See the libshaderc README for more on using the library API in your project.

For building, testing, and profiling Shaderc, the following tools should be installed regardless of your OS:

On Linux, the following tools should be installed:

On Linux, if cross compiling to Windows:

On Windows, the following tools should be installed and available on your path:

Optionally, the following tools may be installed on any OS:

Please make sure you have the Docker engine installed on your machine.

To create a Docker image containing Shaderc command line tools, issue the following command in ${SOURCE_DIR}: docker build -t <IMAGE-NAME> .. The created image will have all the command line tools installed at /usr/local internally, and a data volume mounted at /code.

To invoke a tool from the above created image in a Docker container:

Alternatively, you can mount a host directory (e.g., example) containing the shaders you want to manipulate and run different kinds of tools via an interactive shell in the container:

We track bugs using GitHub -- click on the "Issues" button on the project's GitHub page.

On Linux, you can obtain test coverage as follows:

Then the coverage report can be found under the $BUILD_DIR/coverage-report directory.

Bindings are maintained by third parties, may contain content offered under a different license, and may reference or contain older versions of Shaderc and its dependencies.

This is a compilation of the code and images for all Arduino code in the Robotics 11 class.

Robotics 11 - Arduino This is a compilation of the code and images for all Arduino code in the Robotics 11 class. All code can be viewed in each proje

This is the source code for Mirai. The compilation method has been simplified a little and some modifications have been made.

Mirai BotNet to Tashiro(未来砲) Leaked Linux.Mirai Source Code for Research/IoT Development Purposes Uploaded for research purposes and so we can develop

"Zero setup" cross-compilation for a wide variety of architectures.

CSE-7th-Semester-IIT-KGP - Tests, programming assignments and their solution for some courses offered by Department of Computer Science and Engineering, IIT Kharagpur

CSE-7th-Semester-IIT-KGP Disclaimer: Do not copy codes though. Heavy penalization for plagiarism. Programming assignments and their solution for some

Suckless-tools - My fork of suckless tools.

suckless-tools Here is my fork of suckless tools. I didn't include tabbed, i was using but not actively. I am using xfce4-terminal instead of st. Beca

A collection of tools made by the nerds @ axial

A collection of individual tools to randomize bdsp sheets

BDSP_Randomisers A collection of tools to randomize BDSP assets Setup (Windows 10 only) Install Ubuntu 18.04 via WSL1 (plenty of tutorials on that) In 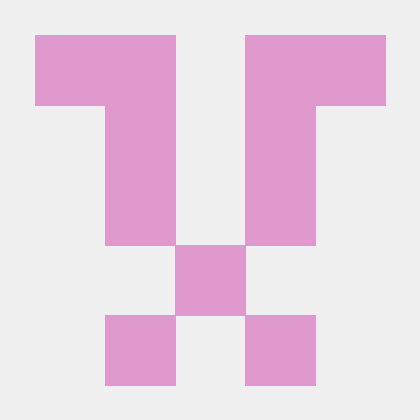