This repository, and the example ruby gems in it, were originally written as companion materials for some conference talks being given in 2021 by Mike Dalessio (@flavorjones).

This talk focuses mostly on the mechanics of the gems in this repository.

This talk may cover slightly different material, including an approach to rigorous testing, how to think about Trust in the context of precompilation, and what industrializing precompilation might look like.

How To Use This Repository

Each of the gems in this repository demonstrate a different strategy for integrating with (or packaging) third-party libraries. A brief explanation of the strategies is below, and the code for each gem is in a distinct subdirectory, along with a README that contains a more complete explanation.

Each gem builds on the previous one if you tackle them in this order:

These are actual, working gems! And they've all been pushed to rubygems.org:

Or they can all be installed as dependencies of the meta-gem rcee:

Also note that these gems are tested. In particular, the precompiled native gems have a rather complex setup to build, install, and test across platforms using rake-compiler-dock and Github Actions. See the Actions running at https://github.com/flavorjones/ruby-c-extensions-explained/actions

A few commonly-followed approaches have emerged in the Ruby ecosystem. Broadly categorized, the strategies are:

Find and use an third-party library already installed on the target system.

Package the source code for the third-party library, and compile it into the C extension during installation.

Package the tarball distribution for the third-party library, use its configuration toolchain and build a library that the C extension can link against.

Precompile the library and C extension ahead-of-time for a subset of platforms; fall back to packaged_tarball strategy for other platforms.

These strategies can also be combined!

"precompiled", fall back to "packaged", leave option for "system"

How do you test cross-compiling gems on Github Actions?

Nokogiri uses the rake-compiler-dock OCI images directly to build the gem; and then uses the upload-artifact/download-artifact actions to install that gem on the target system.

See https://github.com/sparklemotion/nokogiri/blob/main/.github/workflows/gem-install.yml for the concrete implementation!

What's the significance of the flowers you're using as a background image for your RubyKaigi slides?

I tweeted a brief teaser video in which I explained the joke!

When I edited my RubyKaigi talk about C extensions, some bits had to be cut for time. Here's a fun teaser that I put together from some of those bits. [video link] pic.twitter.com/wZjSepHNpq

In short, my friend Mark once sent me flowers for my birthday along with a card that read:

Mark is funny. This was the inspiration for the talk's title.

Breakout ?? BreakoutDetection for Ruby Learn how it works Installation Add this line to your application’s Gemfile: gem 'breakout-detection' Getting S

Access USB devices from Ruby LIBUSB is a Ruby binding that gives Ruby programmers access to arbitrary USB devices. libusb is a library that gives full

C Extensions i made for DragonRuby!

Some extensions for windows explorer, tested on windows 10+

C++ 17 & C++ 20 error-handling and utility extensions. Overview STX is a collection of libraries and utilities designed to make working with C++ easie

An extension manager for browsing and installing GNOME Shell Extensions.

This new USB host library based is based on changed and hopefully somehow final API from espressif. The idea is to make this library usable with esp-i 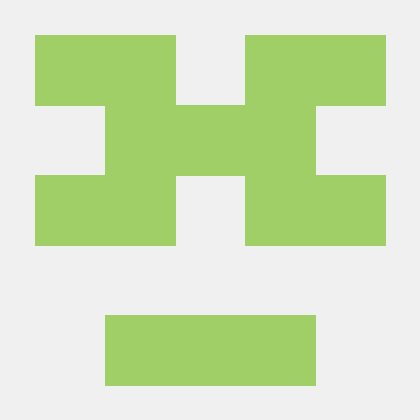 About This repository contains: Set of examples how to use CLion with various unsupported compilers using Custom Defined Compiler feature Public set o

Examples for the "Introduction to programming" course given by me and @bzareva @ Faculty of Mathematics and Informatics, Sofia University (2021/22)

Official examples and tools from the JACK project

A repo containing examples of embedded systems based on the STM32 micro-controller.

STM32 Embedded Development A repo containing examples of embedded systems based on the STM32 micro-controller. I use a Nucleo-F446RE and the STM32Cube

About the Project The repository contains some examples of pre-trained SNN (Spiking Neural Network) models. The models were trained using the MM-BP tr