Initialize the 8-bit computer memory with a program to be executed automatically on powering.

Initialize the 8-bit computer memory with a program to be executed automatically on powering. This project is small extension of Ben Eater's computer (SAP-1 architecture).

This picture is the animated picture, wait for it.

The goal of the project is to have an option of hanging the 8-bit computer on a wall, connect it to a power supply and see how a program is executed automatically without manually programming the memory.

The program was tested with the following systems:

Clone the repository with the following command:

By default, the Fibonacci number program is defined in the code file on 28th line in the exact same way it's done by Ben Eater in his video. If you want to change it, open the code file and change the program, otherwise skip this step:

Copy the program to the Arduino sketchbook folder with the following command:

Then connect Arduino to a computer, open and upload the sketch.

The wiring schema is illustrated below according to the following matching: The Hoard Memory Allocator: A Fast, Scalable, and Memory-efficient Malloc for Linux, Windows, and Mac.

Memory-dumper - A tool for dumping files from processes memory

A memory allocation program, it is used for doing an experiment to find out the detail of Microsoft Windows taskmgr performance information

memory-allocation-test A memory allocation program, it is used for doing an experiment to find out the detail of Microsoft Windows taskmgr performance

OpenXenium JTAG and Flash Memory programmer * Read: "Home Brew" on ORIGINAL XBOX - a detailed article on why and how * The tools in this repo will all

Dump the memory of a PPL with a userland exploit

PPLdump This tool implements a userland exploit that was initially discussed by James Forshaw (a.k.a. @tiraniddo) - in this blog post - for dumping th

An In-memory Embedding of CPython

Artifacts of those Memory Management Tsoding Sessions Quick Start $ make $ ./heap Limitations The pointers to the heap can only be located in the heap

PoC for CVE-2021-32537: an out-of-bounds memory access that leads to pool corruption in the Windows kernel.

CVE-2021-32537: Out-of-bounds access in RTKVHD64 leading to pool corruption. This is a bug that I reported to Realtek beginning of April 2021. The aff 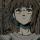