An Implementation of the ANT+ Network on top of ant-arduino

An Implementation of the Ant+ Network on top of ant-arduino

I have created several sketches of configuring the radio with the ant-arduino library. You can find these in the examples folder. Here's an example of configuring a channel with a NRF51 radio:

See the examples folder for the full source. There are more examples in the download.

To add ANT support to a new sketch, add "#include <ANTPLUS.h>" (without quotes) to the top of your sketch. You can also add it by selecting the "sketch" menu, and choosing "Import Library->ANT+".

This library aims to support all ANT+ devices. This goal will take time but its an attainable one. Check out the wiki for the list of profiles implemented and their versions.

Note: This library depends on ant-arduino. You must have it installed for it to work. If you are using platformio you don't have to worry about this.

Arduino now includes a library manager for easier library installation. From the Sketch menu select include library->Manage Libraries, then type "antplus-arduino" in the filter and install.

Prior to Arduino 1.5 installation is manual

Download a .zip or .tar.gz release from github. Determine the location of your sketchbook by selecting "preferences" on the Arduino menu. Create a "libraries" folder in your sketchbook and unzip the release file in that location.

Uploading sketches with a Leonardo is as simple as connecting the Arduino to your computer and uploading. When using a single serial port Arduino, such as the Pro Mini (3.3V), the jumpers on the ANT Radio must be disconnected. Then, after upload, reconnect the lines to have access to the serial port. Always remember to power off the Arduino before moving the jumpers.

Questions about this project should be posted to http://groups.google.com/group/antplus-api?pli=1 Be sure to provide as much detail as possible (e.g. what radios, firmware versions, configuration and code).

At the current time there is zero support for commercial usage. Contact me via email if you are looking to use this code commercially.

If you are looking for commercial support for ANT radios go to thisisant.com

NOTE: This library is not ANT+ certified and does not intend to be. It is meant to be tool to get quick and easy access to sensors in the ANT+ network. There are edge cases where it will fail to meet the spec of the ANT+ protocol.

Arduino-CloudStorage Arduino/ESP8266 library that allows you to easly store and retreive data from a remote (cloud) storage in a key/value fashion. Cl

Introduction This is an Arduino library for making an IHC in or output module using an Arduino. (IHC controller is a home automation controller made b

Server side minimalistic HTTP protocol implementation for the Arduino platform.

Arduino library for controlling the MCP2515 in order to receive/transmit CAN frames.

107-Arduino-MCP2515 Arduino library for controlling the MCP2515 in order to receive/transmit CAN frames. This library is prepared to interface easily

Arduino library for interfacing with any GPS, GLONASS, Galileo or GNSS module and interpreting its NMEA messages.

107-Arduino-NMEA-Parser Arduino library for interfacing with any GPS, GLONASS, Galileo or GNSS module and interpreting its NMEA messages. This library

A RESTful environment for Arduino

aREST Overview A simple library that implements a REST API for Arduino & the ESP8266 WiFi chip. It is designed to be universal and currently supports

Arduino, esp32 and esp8266 library for ABB (ex PowerOne) Aurora Inverter, implement a full methods to retrieve data from the Inverter via RS-485

ABB Aurora protocol You can refer the complete documentation on my site ABB Aurora PV inverter library for Arduino, esp8266 and esp32 I create this li

MCP2515 CAN Controller Driver for Arduino

MCP2515 CAN Controller Library for Arduino Compatibility with the ACAN library This library is fully compatible with the Teensy 3.x ACAN library https

Arduino library for the MCP2515 CAN Controller

MCP2515 CAN Controller Library for Arduino Compatibility with the ACAN library This library is fully compatible with the Teensy 3.x ACAN library https

Arduino CAN driver for MCP2517FD CAN Controller (in CAN 2.0B mode)

MCP2517FD CAN Controller Library for Arduino (in CAN 2.0B mode) Compatibility with the other ACAN libraries This library is fully compatible with the

Distribution of Arduino driver for MCP2517FD CAN controller (CANFD mode)

CAN / CANFD Arduino Library for Teensy 4.0

AceSPI Unified interface for selecting hardware or software SPI implementations on Arduino platforms. The code was initially part of the AceSegment li 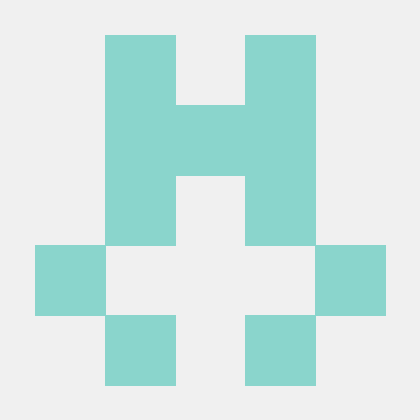 AceTMI Unified interface for communicating with a TM1637 LED controller chip on Arduino platforms. The code was initially part of the AceSegment libra