This little playground aimed to test our Conjugate Gradients based MLCP solver versus some other types of solvers (at the moment, conventional Projected Gauss Seidel, and its modification that changes constraint order), as well as some hacks that improve joints stiffness - for example local mass scaling.

The framework is more of a research framework than physics engine ready for release, it requires quite some work to reach the product-eligible state: island detection, sleeping, to name a few. Additionally, data layout is not the most cache-friendly.

Technique, similar to shock propagation - allows to set mass scaling per joint (per constraint row, to be precise); by making joints in an open loop system (such as ragdoll, or a tree) scale masses higher for bodies closer to root - one could improve system stability and stiffness. Similarly, there is n option to scale masses for contact joints, based on their relative positions in the gravity field. It is still a hack however, so artifacts could arise; one example is stack being too stable and resisting tumbling, but the effect is barely noticeable if mass scaling is low (around 2.0 total).

The solver is based on the MPRGP (Modified Proportioning with Reduced Gradient Projections) by Z. Dostál; we modified the original MPRGP to support box limits (low/high, instead of just lower limit), and incorporated preconditioner that is fairly cheap - double (left+right) Jacobi preconditioner. Solver also benefits from the J*M^-1*J^T decomposition that significantly speeds up matrix-vector multiplications.

These properties make it worse candidate than PGS for game-like scenarios when accuracy is not important, but much better candidate when joint stiffness is required, or just for very complex systems.

Details of the maths behind the solver design available in the project paper.

Example convergence of conventional PGS vs our CG-based MLCP solver vs the NNCG (NNCG described in "A nonsmooth nonlinear conjugate gradient method for interactive contact force problems" by M. Silcowitz-Hansen et al.) - stiff FEM rod, made of (48x2x1)*5=480 FEM tetrahedra, making total 2880 constraint rows. The amount of iterations is not equal, but set so that the total frametime is equal (20ms on ultrabook Core i7-6500U). Red is PGS 180 iterations, and Green is LCPCG 90 iterations (plus 15 iterations overhead for Power Iteration) and Blue is NNCG 127 iterations. This scene clearly shows advantage of our CG-based solver over PGS in relatively complex systems.

Our solver shows better results than NNCG as well; NNCG comes close, but our solver shows better convergence/stiffness, and will show much better results when optimized for parallel hardware (e.g., GPU), as NNCG depends on the PGS iteration, which would require either colorization or splitting, both ways have their drawbacks. On the other hand, NNCG is much simpler to implement, and seems to be more suitable for lower iteration count scenarios.

Details of the approach are also described in the project paper.

The sample uses Vulkan graphics API, and one needs to perform following steps in order to build and run the sample:

Quark Quark is intended to be a simple differentiable rigid body dynamics library. For the time being it is starting out as a ground-up rewrite of RBD

Fix Wii System Time This is a homebrew tool I made for the Wii a while ago. It updates the current system time with the real world time via worldtimea

AIKIDO - AI for KIDO ⚠️ Warning: AIKIDO is under heavy development. These instructions are primarily for reference by the developers. AIKIDO is a C++ 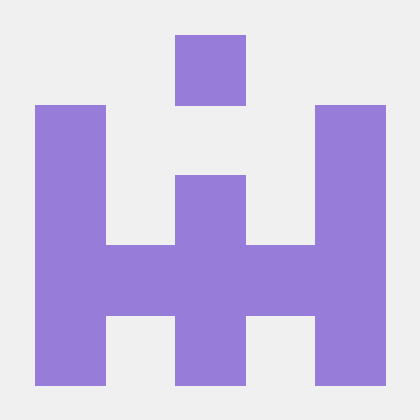 WoLF: Whole-body Locomotion Framework for quadruped robots This repo contains a collection of different robots and sensors used in WoLF. Setup See the 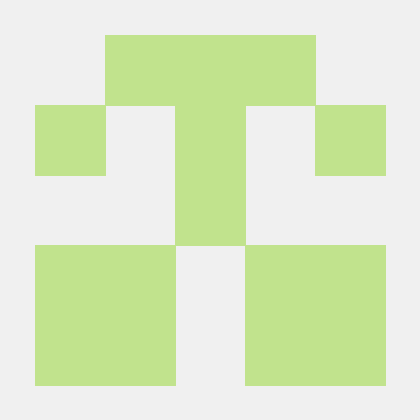 An improved sketch to cater for switch bounce, courtesy of Marko Pinteric

EyeEngine-Cpp FOA, sry for my poor English. What is Eye Engine? Eye Engine is my first Real-Time 3D Game Engine learning project. There are two editio