A small self-contained alternative to readline and libedit that supports UTF-8 and Windows and is BSD licensed.

A small, portable GNU readline replacement for Linux, Windows and MacOS which is capable of handling UTF-8 characters. Unlike GNU readline, which is GPL, this library uses a BSD license and can be used in any kind of program.

This linenoise implementation is based on the work by Salvatore Sanfilippo and 10gen Inc. The goal is to create a zero-config, BSD licensed, readline replacement usable in Apache2 or BSD licensed programs.

It deviates from Salvatore's original goal to have a minimal readline replacement for the sake of supporting UTF8 and Windows. It deviates from 10gen Inc.'s goal to create a C++ interface to linenoise. This library uses C++ internally, but to the user it provides a pure C interface that is compatible with the original linenoise API. C interface.

To build this library, you will need a C++11-enabled compiler and some recent version of CMake.

To build this library on Linux, first create a build directory

and then build the library:

To build and install the library at the default target location, use

The default installation location can be adjusted by setting the DESTDIR variable when invoking make install:

To build the library on Windows, use these commands in an MS-DOS command prompt:

After that, invoke the appropriate command to create the files for your target environment:

After that, open the generated file linenoise.sln from the build subdirectory with Visual Studio.

note: the following sections of the README.md are from the original linenoise repository and are partly outdated

Can a line editing library be 20k lines of code?

Line editing with some support for history is a really important feature for command line utilities. Instead of retyping almost the same stuff again and again it's just much better to hit the up arrow and edit on syntax errors, or in order to try a slightly different command. But apparently code dealing with terminals is some sort of Black Magic: readline is 30k lines of code, libedit 20k. Is it reasonable to link small utilities to huge libraries just to get a minimal support for line editing?

So what usually happens is either:

The result is a pollution of binaries without line editing support.

So Salvatore spent more or less two hours doing a reality check resulting in this little library: is it really needed for a line editing library to be 20k lines of code? Apparently not, it is possibe to get a very small, zero configuration, trivial to embed library, that solves the problem. Smaller programs will just include this, supporing line editing out of the box. Larger programs may use this little library or just checking with configure if readline/libedit is available and resorting to linenoise if not.

Apparently almost every terminal you can happen to use today has some kind of support for basic VT100 escape sequences. So Salvatore tried to write a lib using just very basic VT100 features. The resulting library appears to work everywhere Salvatore tried to use it, and now can work even on ANSI.SYS compatible terminals, since no VT220 specific sequences are used anymore.

The original library has currently about 1100 lines of code. In order to use it in your project just look at the example.c file in the source distribution, it is trivial. Linenoise is BSD code, so you can use both in free software and commercial software.

Please test it everywhere you can and report back!

Patches should be provided in the respect of linenoise sensibility for small and easy to understand code that and the license restrictions. Extensions must be submitted under a BSD license-style. A contributor license is required for contributions.

OpenIPC v2.1 (experimental, buildroot based..) Alternative firmware for IP cameras based on the HiSilicon (and other) SoC's More information about the

A (relatively) small node library to clone and pull git repositories in a standalone manner thanks to libgit2, powered by WebAssembly and Emscripten

simple-git-wasm A (relatively) small node library to clone and pull git repositories in a standalone manner thanks to libgit2, powered by WebAssembly

cpp-progressbar is a small console program I wrote in c++. 3 themes are available

cpp-progressbar cpp-progressbar is a small console program I wrote in c++. 3 themes are available (this program only works on linux) Instalation Downl

Minimal SDK for macOS This repository provides the basis to build a cross compiler for macOS. With it, you can compile small command line tools from a 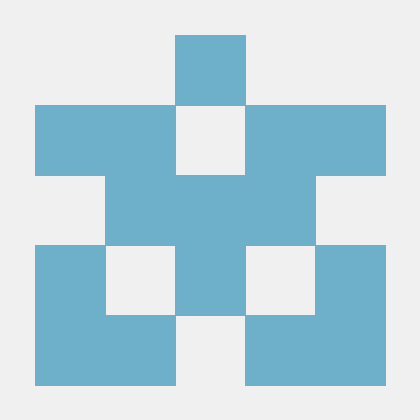 A Windows Shell Extension for the Pixar USD file format.

SpleeterMsvcExe is a Windows command line program for Spleeter, which can be used directly. It is written in pure C language, using ffmpeg to read and write audio files, and using Tensorflow C API to make use of Spleeter models. No need to install Python environment, and it does not contain anything related to Python.

A Command-Line-Interface Debugger for 64-bit Windows written in C. 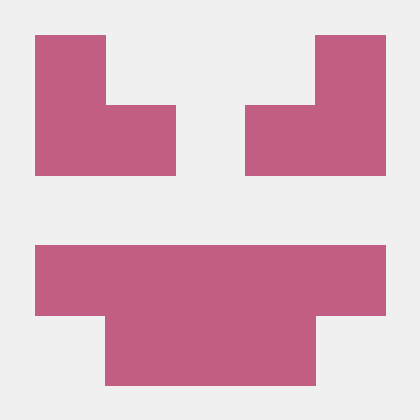