rlua is NOT designed to be a perfect zero cost wrapper over the Lua C API, because such a wrapper cannot maintain the safety guarantees that rlua is designed to have. Every place where the Lua C API may trigger an error longjmp in any way is protected by lua_pcall, and the user of the library is protected from directly interacting with unsafe things like the Lua stack, and there is overhead associated with this safety. However, performance is a focus of the library to the extent possible while maintaining safety, so if you encounter something that is egregiously worse than using the Lua C API directly, or simply something you feel could perform better, feel free to file a bug report.

Currently, this library follows a pre-1.0 semver, so all API changes should be accompanied by 0.x version bumps.

The new 0.16 release has a particularly large amount of API breakage which was required to fix several long-standing limitations and bugs. The biggest change by far is that most API usage now takes place through Lua::context callbacks rather than directly on the main Lua state object. See CHANGELOG.md for information about other API changes, and also see the guided tour for an example of using the new Context API.

The goal of this library is complete safety: it should not be possible to cause undefined behavior with the safe API, even in edge cases. Unsoundness is considered the most serious kind of bug, so if you find the ability to cause UB with this API without unsafe, please file a bug report.

NOTE: There are some Lua stdlib functions which are currently not wrapped or behind an unsafe boundary and can be used by scripts to cause memory unsafety, please see this issue for more details.

Another goal of this library is complete protection from panics: currently, it should not be possible for a script to trigger a panic. There ARE however several internal panics in the library, but triggering them is considered a bug. If you find a way to trigger these internal panics, please file a bug report.

Yet another goal of the library is to, in all cases, safely handle panics that are generated inside Rust callbacks. Panic unwinds in Rust callbacks should currently be handled correctly -- the unwind is caught and carried across the Lua API boundary as a regular Lua error in a way that prevents Lua from catching it. This is done by overriding the normal Lua 'pcall' and 'xpcall' functions with custom versions that cannot catch errors that are actually from Rust panics, and by handling panic errors on the receiving Rust side by resuming the panic.

rlua should also be panic safe in another way as well, which is that any Lua instances or handles should remain usable after a user generated panic, and such panics should not break internal invariants or leak Lua stack space. This is mostly important to safely use rlua types in Drop impls, as you should not be using panics for general error handling.

In summary, here is a list of rlua behaviors that should be considered a bug. If you encounter them, a bug report would be very welcome:

The API now contains the pieces necessary to implement simple, limited "sandboxing" of Lua scripts by controlling their environment, limiting their allotted VM instructions, and limiting the amount of memory they may allocate.

These features deserve a few words of warning: Do not use them to run untrusted scripts unless you really Know What You Are Doing (tm) (and even then, you probably should not do this).

First, this library contains a huge amount of unsafe code, and I currently would not trust it in a truly security sensitive context. There are almost certainly bugs still lurking in this library! It is surprisingly, fiendishly difficult to use the Lua C API without the potential for unsafety.

Second, properly sandboxing Lua scripts can be quite difficult, much of the stdlib is unsafe, and sometimes in surprising ways. Some information on this can be found here.

Third, PUC-Rio Lua is a C library not really designed to be used with untrusted scripts. Please understand that though PUC-Rio Lua is an extremely well written language runtime, it is still quite a lot of C code, and it is not commonly used with truly malicious scripts. Take a look here and count how many bugs resulted in memory unsafety in the interpreter. Another small example: did you know there is a way to attack Lua tables to cause linear complexity in the table length operator? That this still counts as one VM instruction?

In any case, sandboxing in this way may still be useful to protect against buggy (but non-malicious) scripts, and may even serve as a single layer of a larger security strategy, but please think twice before relying on this to protect you from untrusted Lua code.

Non-Profit with focus on Rust and the Game Dev ecosystem.

A binding between C++11 and Lua language

lua-intf lua-intf is a binding between C++11 and Lua language, it provides three different set of API in one package: LuaBinding, Export C++ class or

a one header library for creating Lua bindings to C++ 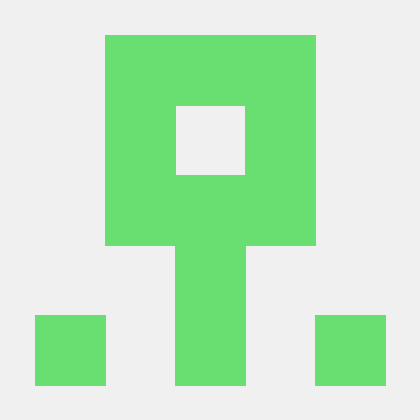 This repository is used for automatic calibration between high resolution LiDAR and camera in targetless scenes.

Program your micro-controllers in a fast and robust high-level language.

DISLIN is a high-level plotting library developed by Helmut Michels at the Max Planck Institute.

Harbour bindings for DISLIN, is a high level library of subroutines and functions that display data graphically.

mini-backtrace This crate provides backtrace support for no_std and embedded programs. This is done through by compiling LLVM's libunwind with certain

Tests to check the determinism of the basic floating point arithmetic operations on different devices, using Unity and Rust.

z80 Babel: C, C++, D, Fortran, Rust and Zig for your z80 This is a proof of concept for a multi-language pipeline for the Z80 CPU, and its correspondi 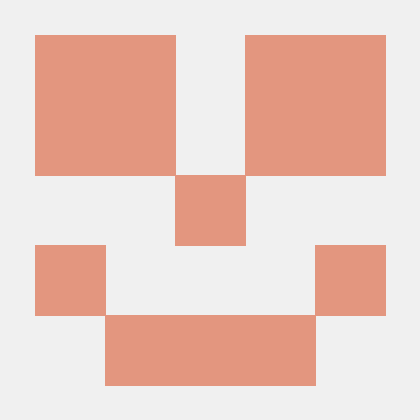 Just storing all my codes in Rust here (learning)

Rust-Dump I am learning Rust in 2021, and this will take some time. The end goal is to be able to understand the codebase of PopOS and contribute. I'l

This is the code of windows driver used in udbg, it contains the basic function used in udbg's 'krnl' adaptor, such as memory read/write, and it integ

A kdmapper library for Rust