Caffeecoin is an experimental digital currency that enables instant payments to anyone, anywhere in the world. Caffeecoin uses peer-to-peer technology to operate with no central authority: managing transactions and issuing money are carried out collectively by the network. Caffeecoin Core is the name of open source software which enables the use of this currency.

For more information, as well as an immediately useable, binary version of the Caffeecoin Core software, see https://caffeecoin.org.

Caffeecoin Core is released under the terms of the MIT license. See COPYING for more information or see https://opensource.org/licenses/MIT.

The master branch is regularly built and tested, but is not guaranteed to be completely stable. Tags are created regularly to indicate new official, stable release versions of Caffeecoin Core.

The contribution workflow is described in CONTRIBUTING.md.

The developer mailing list should be used to discuss complicated or controversial changes before working on a patch set.

Developer IRC can be found on Freenode at #caffeecoin-dev.

Testing and code review is the bottleneck for development; we get more pull requests than we can review and test on short notice. Please be patient and help out by testing other people's pull requests, and remember this is a security-critical project where any mistake might cost people lots of money.

There are also regression and integration tests of the RPC interface, written in Python, that are run automatically on the build server. These tests can be run (if the test dependencies are installed) with: qa/pull-tester/rpc-tests.py

The Travis CI system makes sure that every pull request is built for Windows, Linux, and OS X, and that unit/sanity tests are run automatically.

Changes should be tested by somebody other than the developer who wrote the code. This is especially important for large or high-risk changes. It is useful to add a test plan to the pull request description if testing the changes is not straightforward.

esphome-xiaomi_bslamp2 Warning: this code is still under development This code might not yet be production-ready. At this point, it is declared beta-q

LabFont This project is an exploration of getting text into a rendeing pipeline based on @floooh's sokol. Frameworks such as Dear ImGui solve text ren

JWM aims to expose an interface that abstracts over window creation, input handling and OS integration

GodotXbox Current instructions for setting up DLL, steps to setup project for contributing/modifying are coming soon. It should be noted that Godot's

Yet Another Ghidra Integration for IDA

Yagi Yet Another Ghidra Integration for IDA Overview Yagi intends to include the wonderful Ghidra decompiler into both IDA pro and IDA Free. ?? You ca

TerraSwift This library allows developers to connect to TERRA ENABLING DEVELOPERS LTD. through Swift (implemented with Swift5.0). This library uses He 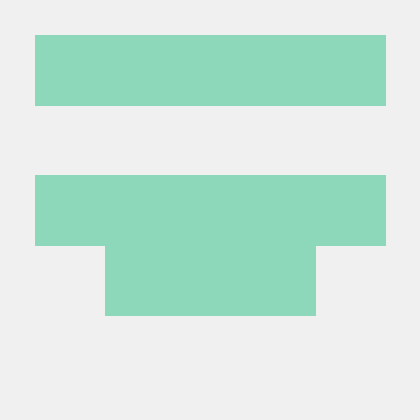 Defold Engine integration with Yandex.Metrica to track your games on Yandex.Games.

Yandex.Metrica for Defold Yandex.Metrica is a free of charge web analytics tool for websites, that's the reason why we can use it for HTML5 games. Yan