The primary goals of the LunarGLASS project are:

LunarGLASS is an LLVM-based shader-compiler stack available to open-source developers. It brings a new approach by splitting the common shared intermediate representation (IR) into two levels; the top level is completely platform independent while the bottom level is dynamically tailorable to different families of architecture. Both levels still lend themselves to portability and sharing of tools. Together, they solve the problem of having a standard portable IR without being biased toward a specific class of target architecture.

LunarGLASS is a long-term compiler stack architecture, based on establishing common intermediate representations (IRs) allowing modularity between stack layers. Each source-language front end would benefit from a common set of high- and mid-level optimizations, as would each back end, without the need to invent additional IRs. The short-term goal is to leverage investments in existing IRs while the long-term goal is to reduce the number of IRs and not require optimization difficulties caused by losing information going through an IR.

The standard way to build is using glslang as the GLSL front end. This is currently done by making them sibling directories:

(See https://github.com/KhronosGroup/glslang for details about glslang.)

LunarGLASS must be built after glslang and LLVM have been built.

Use CMake, building in the directory PathOfYourChoice/glslang/build:

Summary: LLVM uses a configure script while glslang and LunarGLASS use CMake.

By default, this builds a command-line tool that translates GLSL -> LunarGLASS -> GLSL.

Use CMake, building in the directory PathOfYourChoice/LunarGLASS/build.

Use a LunarGLASS stack to compile from a driver:

Make a LunarGLASS back end:

The SPIR-V Tools project provides an API and commands for processing SPIR-V modules.

pluggable tool to convert an unrolled TritonAST to LLVM-IR, optimize it and get back to TritonAST

it is fork from https://github.com/fvrmatteo/TritonASTLLVMIRTranslator *WARNINGS: tested only linux(ubuntu 20.04) and only llvm and clang version 10*

yariv.h is a single C/C++ header to encode and decode SPIR-V shaders into a more compressed form I've called YARI-V.

YARI-V yariv.h is a single C/C++ header to encode and decode SPIR-V shaders into a more compressed form I've called YARI-V. YARI-V is an alternative e

Click here for USB WiFi Adapter Information for Linux A FAQ is available at the end of this document. Problem reports go in Issues. Include the inform

Linux Driver for USB WiFi Adapters that are based on the RTL8812AU Chipset - v5.13.6

Firmware for the Boson Ethernet Adapter

CelestronESPWifi ESP8266 based wifi adapter for Celestron telescopes The official Celestron Skyportal WiFi module is €190~. (aka SkyQ Link, aka Skylin 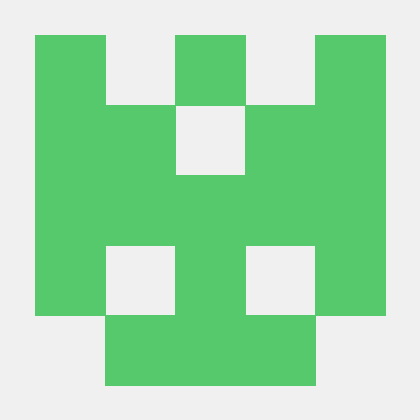