The GeometryFX library provides convenient access to compute-based triangle filtering (CTF), which improves triangle throughput by filtering out triangles that do not contribute to the final image using a compute-preprocess.

A good use case for the GeometryFX library is depth-only rendering of opaque geometry – for example, in shadow maps:

At its core, GeometryFX works by generating an intermediate index buffer which consists of visible triangles only. Intermediate buffers are reused as much as possible to minimize memory usage. GeometryFX also buffers up draw calls to execute the filtering on one batch while the previous batch is being rendered, allowing the filtering to overlap with the actual draw call.

The library makes heavy use of multi-draw indirect. This is a DirectX 11 driver extension exposed through the AMD GPU Services (AGS) library. It allows multiple draw calls to be prepared on the GPU and executed with a single API call. For more information on AGS, including samples, visit the AGS SDK repository on GitHub.

The filters are executed in a compute shader which writes the new index buffer and the draw calls for each batch.

Applications which want to integrate GeometryFX as-is are expected to allocate all static geometry through GeometryFX. The API exposes a function to obtain the storage location, which can be used for normal rendering of the geometry. Notice that GeometryFX will aggressively pool all data to allow as many draw calls as possible to be served from the same buffer.

At run-time, the application has to provide the view/projection matrix to GeometryFX and the list of objects that have to be rendered. Once everything has been submitted, GeometryFX will execute the filtering and rendering.

The Visual Studio solutions and projects in this repo were generated with Premake. If you need to regenerate the Visual Studio files, double-click on gpuopen_geometryfx_update_vs_files.bat in the premake directory.

DXUT and assimp are only used by the sample, not the core library. Only first-party software (specifically ags_lib, amd_geometryfx, and amd_lib) is needed to build the GeometryFX library. The Memory Process File System (MemProcFS) is an easy and convenient way of viewing physical memory as files in a virtual file system.

Just a repository convenient for reviewing and retrieval practice.

The-art-of-multiprocessor-programming Purpose Just a repository convenient for reviewing and retrieval practice. The architecture of this repository(H 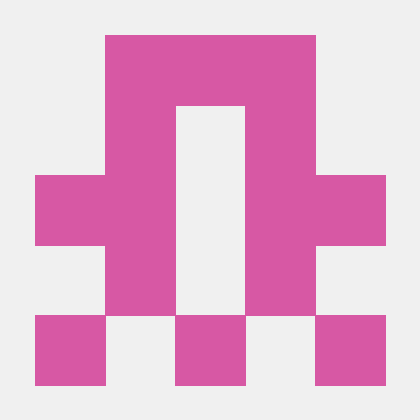 Oof (omnipotent output friend) It's common for C++ programs to write output to the console. But consoles are far more capable than what they are usual

PoC of Swift for [email protected]

xsnip - a minimal and convenient screenshot utility for X11

FastPath_MP: An FPGA-based multi-path architecture for direct access from FPGA to NVMe SSD

FastPath_MP Description This repository stores the source code of FastPath_MP, an FPGA-based multi-path architecture for direct access from FPGA to NV

Triggering the notification only requires that you visit a particular path on an NTFS volume.

Problem set of the final contest from CTF COMPFEST 13

PhobGCC Gamecube controller motherboard using a teensy as the microcontroller. Aim is to make an accessible and consistent controller. Has the option

Application firewall PoC with filtering performed in the kernel, for Linux.

Voi Application firewall with filtering performed in the kernel, for Linux. Status Currently just scaffolding code No where near ready for a productio