This repository contains the full source code for tket, a quantum SDK.

If you just want to use tket via Python, the easiest way is to install it with pip:

For full API documentation, as well as a comprehensive user manual and a selection of example notebooks, please follow the links from the pytket main page.

Note that the various pytket extensions (which allow pytket to interface with other software packages and with quantum devices) live in the separate pytket-extensions repository.

If you would like to build tket yourself and help to improve it, read on!

The codebase is split into two main projects:

The following compiler toolchains are used to build tket on the CI and are therefore known to work:

It is recommended that you use these versions to build locally, as code may depend on the features they support. The compiler version can be controlled by setting CC and CXX in your environment (e.g. CC=gcc-10 and CXX=g++-10), or on Debian-based Linux systems using update-alternatives.

You should also have Python (3.7, 3.8 or 3.9) and pip installed. We use cmake and the package manager conan to build tket. Both can be installed with pip:

It is recommended that you also install ninja and ccache to speed up the build process. For example on Debian/Ubuntu:

Generate a profile that matches your current machine. This profile does not have to be called tket, but if you give it another name you will have to set CONAN_TKET_PROFILE to its name in your environment when you build the Python module.

If this prints a warning about gcc ABI compatibility (as it probably will on Linux), adjust the profile compiler settings with the following command, as recommended in the warning message:

If you wish you can set your profile to Debug mode:

A few of the tket tests require a working LaTeX installation, including latexmk and the quantikz package. By default these are only run on Linux. Passing ~[latex] to the test executable will disable them. To install the Latex dependencies on (Debian flavours of) Linux you can do:

The Python tests require a few more packages. These can be installed with:

There is a known issue with using pybind11 from the conan-center that can lead to a Python crash when importing pytket. To remedy this, pybind11 must be installed from the local recipe:

where the first line serves to remove any version already installed.

The symengine dependency is built from a local conan recipe. Run:

At this point you can run:

to build the tket library.

Note: by default, tket uses the header-only version of spdlog. This avoids an issue with an undefined symbol when run in some Linux virtual environments, but makes builds slower. For faster local builds you can supply the option -o tket:spdlog_ho=False to the above conan create command.

To build and run the tket tests:

If you want to build them without running them, pass --test-folder None to the conan command. (You can still run them manually afterwards.)

There is also a small set of property-based tests which you can build and run with:

Then build the pytket module:

And then to run the Python tests:

In a development cycle, it may save time to break down the conan create command from above into separate build and export commands.

First create a build folder in the project root. Then proceed as follows.

The code coverage of the tket tests is reported here. This report is generated weekly from the develop branch.

The tket (C++) API documentation (generated with doxygen, and still rather patchy) is available here.

A C++ framework for MDPs and POMDPs with Python bindings

AI-Toolbox This C++ toolbox is aimed at representing and solving common AI problems, implementing an easy-to-use interface which should be hopefully e 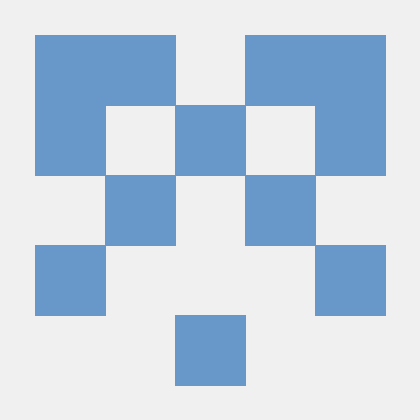 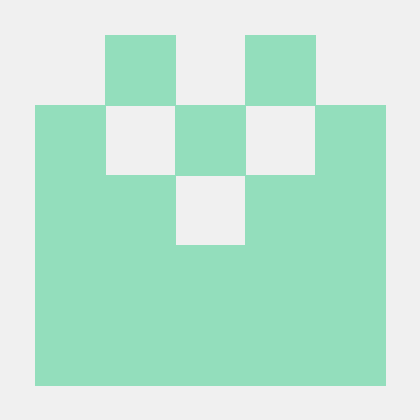 Mirror of compiler project code. Not for SVC purpose.

Bindings Golang bindings are provided for NVIDIA Data Center GPU Manager (DCGM). DCGM is a set of tools for managing and monitoring NVIDIA GPUs in clu

"One of the holy grails of machine learning is to automate more and more of the feature engineering process." ― Pedro Domingos, A Few Useful Things to

This is Python, an extensible interpreted programming language that combines remarkable power with very clear syntax. This is version 0.9 (the first